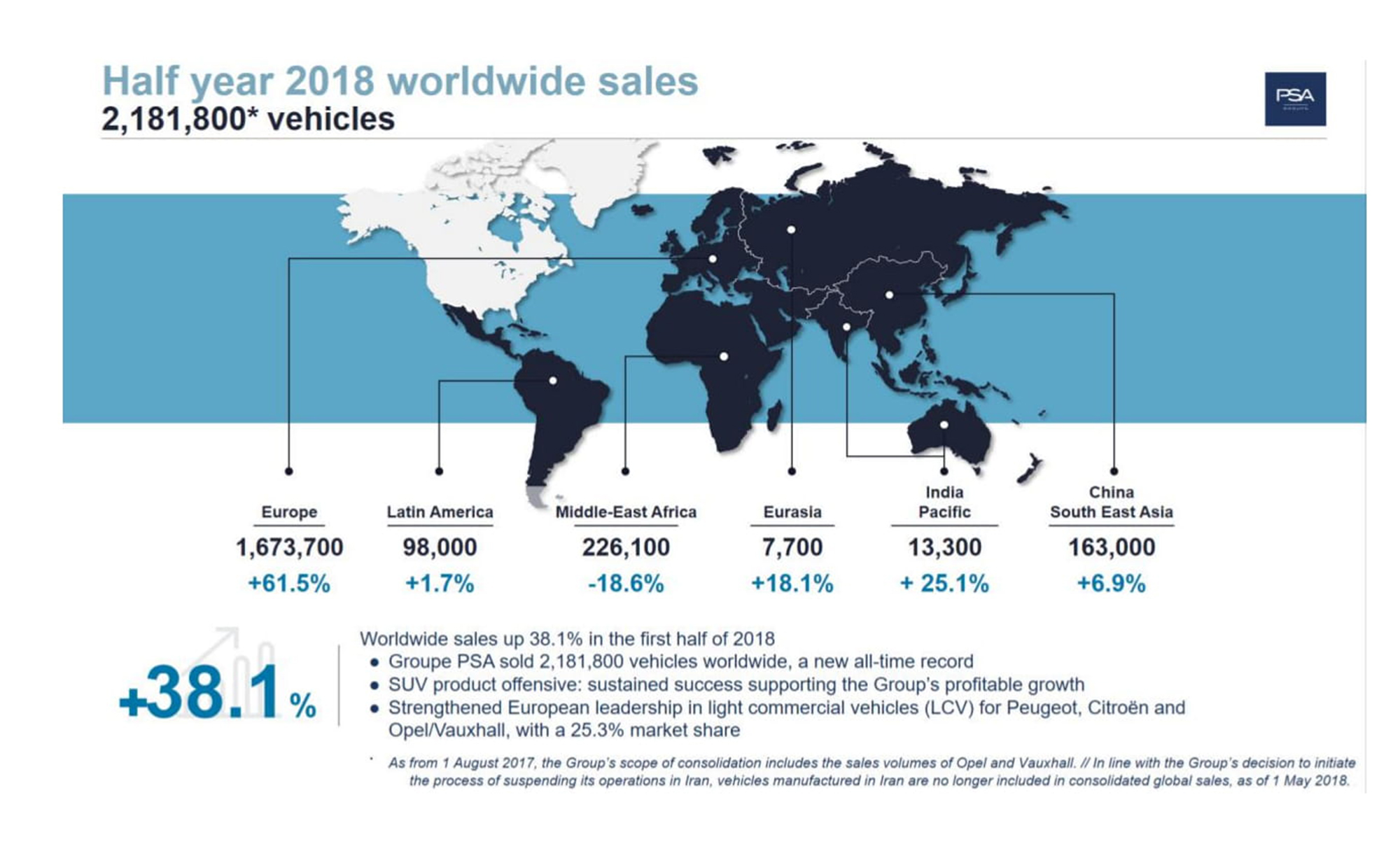 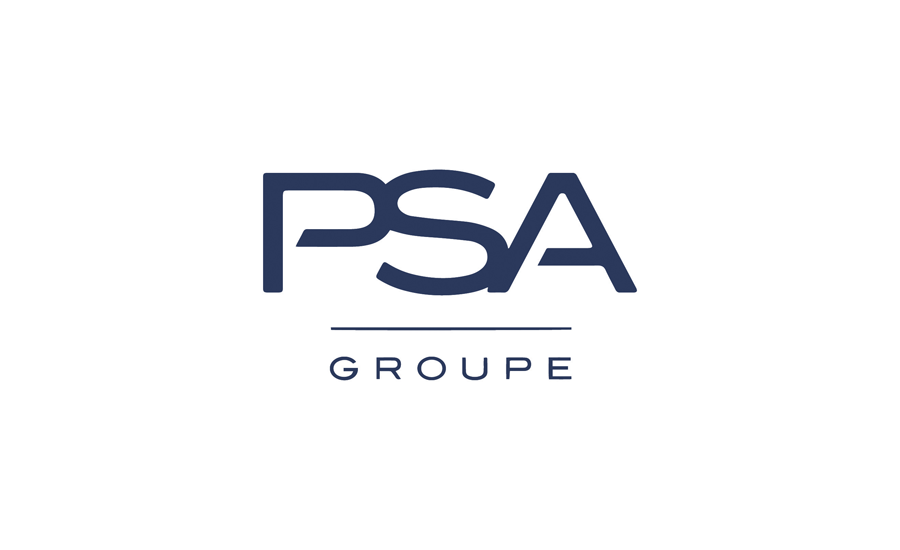 Groupe PSA’s SUV offensive with 13 models2 launched worldwide by the five brands – Peugeot, Citroën, DS Automobiles, Opel and Vauxhall – drove the Group’s robust sales momentum in the first half of 2018. At more than 609,300 units, SUV sales accounted for nearly 28% of the Group’s sales. The success of these models has made Groupe PSA at the end of May, number two in this segment in Europe, with a market share of 16.9%, and number one in the B-SUV segment.

Launched worldwide in February 2018, the DS 7 CROSSBACK, first DS of the second generation is key to growth at DS Automobiles, which came up to +35% in the second quarter. Two out of three customers choose the top-of-the-line versions, and while the DS 7 CROSSBACK offers premium equipment from the entry level, every second customer chooses the DS CONNECTED PILOT option, which opens the way to level 2 autonomous driving.

The Opel and Vauxhall brands are also conducting a major product offensive in the SUV segment with the X-family, which includes the Crossland X, Mokka X, and Grandland X. This represents 167,200 sales in the first half of 2018 for the two brands, which remain also focused on improving profitability in line with the PACE! strategic plan.

Following the renewal of compact vans in 2016, the Group will take a fresh step in the upgrade of its LCV line-up in the second half with the release of a new generation of B-LCV (PEUGEOT Partner, CITROËN Berlingo Van and OPEL/VAUXHALL Combo).

The Group’s LCV offensive continued outside Europe. In Eurasia, sales were up 9%, including local production of the new PEUGEOT Expert and CITROËN Jumpy introduced in first-half 2018. In Latin America, the updated product and service offering fed into volume growth of 27.8%.

For Peugeot-Citroën-DS Automobiles alone, the Group’s market share is growing in its main markets: France (up 0.3 points), Spain (up 0.8 points), Italy (up 1.1 points), United Kingdom (up 0.2 points) and Germany (up 0.2 points). Its performance was further enhanced by the consolidation of Opel/Vauxhall, particularly in Germany (market share of 10.4%) and the United Kingdom (14.8%).

Peugeot has made the most progress of all the brands since the beginning of the year. The PEUGEOT 2008 and PEUGEOT 3008 ended in May in second and third place in their respective segments, and the new PEUGEOT 508 has been very well received, with more than 2,000 orders placed since its launch, including 1,000 for the First Edition version, which can only be ordered online.

Citroën’s sales grew by 7.4%, reaching a seven-year high in Europe. This performance allowed it to gain market share, in particular thanks to the C3, which now ranks in the top 5 in its segment, the New C4 Cactus launched in March (up 35% in the second quarter) and the new C3 Aircross SUV (with more than 90,000 orders in Europe since its launch in October).

The DS brand grew by 25.1%, with accelerated growth of 43% in the second quarter. In its biggest market, France, DS 7 CROSSBACK has been the leader in its category in the C-SUV premium market for three consecutive months. With 110 sales outlets opened over the last six months in Europe, bringing the total to 260 dedicated sites, the development of the DS network is intensifying.

Opel/Vauxhall is continuing its product offensive in Europe, driven by the X-Family, and is the leading brand in the B-SUV segment with 122,600 units Mokka X & Crossland X sold. After launching the sporty Insignia GSi, the brand will also release a GSi version of the Corsa in the second half. The new Combo Life & Cargo models will also contribute to the new momentum.

In a shifting regional environment, the Group’s sales amounted to 226,1003 units, down 18.6% due to the fact that sales of vehicles produced in Iran have not been included in consolidated global sales since 1 May.

In line with the Group’s decision to initiate the process of suspending its operations in Iran, vehicles manufactured in Iran are no longer included in consolidated global sales, as of 1 May 2018.

The Peugeot brand’s market share continued to grow in Tunisia, in Turkey, in Egypt and remains market leader in France’s overseas departments.

Groupe PSA has pursued its strategic plan to expand its manufacturing base with the signing last March of a joint venture agreement to start up a Peugeot and Opel assembly plant in Walvis Bay, Namibia, and begin assembly of the Peugeot Pick-up in Tunisia in September 2018.

The Group is expanding its commercial footprint, particularly in Egypt, where it has signed a new import agreement with the Mansour Group and Scope Investment for the distribution of Peugeot products. In South Africa, Lebanon, Tunisia and Morocco, the Group selected distributing partners for Opel.

Lastly, Groupe PSA is pursuing its product offensive in the region, in particular with the ramp-up of the SUV range: CITROËN C3 Aircross, OPEL Crossland X and Grandland X, DS 7 CROSSBACK and PEUGEOT 3008, which is among the top three sellers in its segment in France’s overseas departments and Turkey.

The DS brand is continuing to build its network, and totals now 12 DS Stores and DS Salons in the region.

With sales of 163,000 vehicles in China & South East Asia, up 6.9%, the Group has seen the first signs of a sales recovery. Citroën was the biggest contributor to the improvement, with sales up 50.5%, thanks to its range of sedans and the local launch of the C5 Aircross SUV last September.

DS Automobiles sales are stable in the second quarter of 2018. In China, the DS 7 CROSSBACK was launched at the Beijing Motor Show in late April 2018.

During the first half, the Group made significant progress in strengthening its operations in South East Asia with the creation of a joint venture with Naza Corporation Holdings (Malaysia). The Group has sold over 4,900 vehicles in ASEAN area in the first half of this year. The acceleration in this part of the region is now noticeable.

Groupe PSA made 98,000 sales in Latin America, an increase of 1.7%, leaving its market share stable at 3.9%. This growth has been achieved despite a significant decline in the Argentinian market (down 18% in June vs 2017), where the Group’s market share is greatest.

In Argentina, DS Automobiles consolidated its fourth place position in the premium market thanks to the DS 3, the leading vehicle in its class for the fifth consecutive year.

Coming launches in the region include the CITROËN C4 Cactus (made in Brazil) and the DS 7 CROSSBACK, as well as the OPEL Crossland X in Chile.

Growth sales was a strong 25% in Japan and reached a significant 18% in South Korea, whilst the restart in Australia and New Zealand showed encouraging progress.

The PEUGEOT 3008 and 5008 were successful throughout the region, as was the Citroën C3 in Japan.

Its growth was driven by good momentum for the PEUGEOT 3008, the C4 Sedan and the LCV market, with the new PEUGEOT Expert/CITROEN Jumpy and PEUGEOT Traveller/CITROEN SpaceTourer models manufactured in Kaluga. LCV sales increased by 9% in the region as a whole.

Jean-Philippe Imparato, Chief Executive Officer, Peugeot, said: “The first half of 2018 confirms the stellar momentum enjoyed by the Peugeot brand’s SUV range. With more than 339,200 units sold worldwide, the brand ranks first in the European SUV market, with the PEUGEOT 2008, 3008 and 5008, up 26% on a record year in 2017. With the pending launches of the new PEUGEOT 508 and the new PEUGEOT Rifter, we have all the assets we need to consolidate our performance in what promises to be an exciting second half.”

Linda Jackson, Chief Executive Officer, Citroën, said: “The first half confirms Citroën’s offensive, with 9% growth in our global sales. This result was driven by sales at a seven-year high in Europe, allowing us to gain market share in both passenger cars and LCVs, and a rebound of more than 50% in China. These performances highlight the success of our most recent launches: the C3, the New C4 Cactus and our C3 Aircross SUVs in Europe and C5 Aircross in China. And this trend will continue in the second half with the launch of the new Berlingo and C4 Aircross SUVs in China and the C5 Aircross in Europe !”

Yves Bonnefont, Chief Executive Officer, DS Automobiles, said “The strong growth enjoyed in the first half of 2018 reflects the commercial launch of the DS brand. With the launch of the DS 7 CROSSBACK, the first second-generation DS, the development of our exclusive network around the world and the rollout of Only You, the DS customer experience, this is our strategic plan which is implemented and demonstrates its efficiency.”

Michael Lohscheller, Chief Executive Officer, Opel/Vauxhall, said: “Our portfolio is more popular than ever especially our X-champs are cars that are loved by our customers and ensure a competitive top-position in the highly attractive SUV-segment. The new Combo will be another extremely important step for us. The passenger version Combo Life with its huge interior space and top technologies opens up unprecedented opportunities in the growing B-Van segment, while the Combo Cargo will contribute to the growth targets we have set ourselves in the LCV market.”