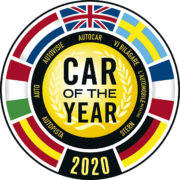 They Have Marked Their Era And The History Of The Car: From The 504 To The New 208, The Six Peugeot “Car Of The Year”

With the new PEUGEOT 208 being chosen as “Car Of The Year 2020” on 2 March in Geneva, the PEUGEOT brand will have been distinguished for the sixth time by the most coveted automotive prize in Europe. A prestigious trophy, awarded each year by an independent jury of sixty European journalists, all automotive specialists.

The PEUGEOT brand’s record of achievements reflects the predominant role played by the design, technical bias, design, technologies and performance of its vehicles over the last fifty years of automotive history.

NEW PEUGEOT 208, THE OTHER “SACRED NUMBER”

The new PEUGEOT 208 has thus become the sixth model of the PEUGEOT brand to win the most coveted prize in Europe. Its design is distinctive, sharp and desirable. It fixes the new PEUGEOT 208 at the heart of PEUGEOT’s upmarket move. Its technology paves the way for semi-autonomous driving, with latest-generation driving aid equipment at the best level in its segment. Its electric or internal combustion engines offer freedom of choice to its future drivers.

The new PEUGEOT e-208 represents a new stage in the world of electric mobility. With a range of 340 km (according to the WLTP certification protocol), 100 kW (136 bhp) and 260 Nm of torque (available from 0 km/h) enabling it to go from 0 to 100 km/h in just 8 seconds, the new PEUGEOT e-208 offers a lively and stimulating driving experience, complemented by three driving modes: Sport, Normal and Eco.

The new PEUGEOT 208 is a best-seller and has already received 130,000 orders in Europe, including 15% for the electric versions since its launch in September 2019.

PEUGEOT 504, FIRST TITLE FOR THE BEAUTIFUL “EYES OF SOPHIA LOREN”

In 1969, the PEUGEOT 504 was the first car of the brand to win this award. This large sedan illustrates the rise of the middle-class models. It follows in the technical footsteps of the PEUGEOT 404, with the exception of its four-wheel independent suspension, a PEUGEOT first on a rear-wheel drive system.

Queen of the track thanks to its legendary sturdiness, the PEUGEOT 504 has won the main African rallies on several occasions: the East African Safari, the Morocco Rally or the Bandama Rally. This first “Car Of The Year” for PEUGEOT was produced from 1968 to 2005, with 3,713,356 units, including 2,644,326 sedans.

Nearly two decades later, another sedan, the PEUGEOT 405, won ‘Car Of The Year’ decisively in 1988. With the aesthetic features similar to the PEUGEOT 205, the 405 enshrines driving pleasure and comfort.

The PEUGEOT 405 features a Mi16 version, a real benchmark at the time of its launch. Its 160 bhp uses the most efficient engine technology of the time: the 4-valve-per-cylinder system. It was at the wheel of a rally-raid coupé version, derived from the saloon, that Ari Vatanen won the 1989 and 1990 editions of the Paris-Dakar. The same Ari Vatanen, on a version derived from the 405 T16, won the 1988 and 1989 editions of the American Pikes Peak International Hill Climb.

Beyond these sporting exploits, the 405 remains a real popular success, with more than 5 million units sold worldwide.

PEUGEOT 307, THE SEDAN THAT RISES TO NEW HEIGHTS

In 2002, the PEUGEOT 307 represents the perfect balance in the new generation of compact, tall and spacious family cars coming onto the market. A feature that earned it, fourteen years after the PEUGEOT 405, the title of “Car Of The Year” 2002.

The PEUGEOT 307 stands out from its competitors with its superior height, making it easier for its passengers to get on board. Its spacious, functional and versatile interior is inspired by the world of MPVs. The PEUGEOT 307 was equipped with the cleanest Diesel engine of its time, the 2.0 HDi 110 hp. with particulate filter.

The PEUGEOT 307 also launched the “daisy” policy, giving rise to a wide range of silhouettes with very strong personalities: 3, 4, 5-door sedans, Estate, SW (Station-Wagon) or CC (Coupé-Cabriolet), not forgetting the 307 WRC, which succeeded the 206 WRC in the World Rally Championship in 2004 and 2005.

More than 3.7 million PEUGEOT 307s – all silhouettes combined – have been sold worldwide.

In 2014, the lion’s share of the brand and the automotive world is entering a new era. Thanks to the new modular EMP2 platform, the new PEUGEOT 308 has compact dimensions and a lighter mass (-140 kg compared to its predecessor) which contribute to making its behaviour and handling recognised references in the segment.
The cockpit of the new 308, which incorporates a new technological arsenal, is also designed to provide a new intuitive driving experience: a compact steering wheel, a head-up display, a high centre console and a large 9.7″ touch screen. The PEUGEOT i-Cockpit®, inspired by the SR1 concept car, sets a new standard in the automotive world, and is now a major distinguishing feature of the lion’s share of the brand’s passenger cars.

1.7 million units of the PEUGEOT 308, all silhouettes combined, have been sold worldwide since its launch at the end of 2013.

The first award-winning SUV since the creation of the trophy in 1964, the PEUGEOT 3008 embodies PEUGEOT’s upmarket move. The result is an innovative combination of design, comfort and road handling. The 3008 represents PEUGEOT’s vision of the SUV segment, in markets where demand for this silhouette is insatiable. The vehicle was also the launchpad for a new generation of the PEUGEOT i-Cockpit®, known as the “Amplify”, offering an intuitive and sensational experience of driving pleasure, in addition to being a gateway to advanced driver assistance functions and permanent connectivity.

THE COTY PANEL: AN ASSEMBLY OF EUROPEAN EXPERTS

60 independent journalists from 23 countries, specialising in the automotive sector, make up the COTY panel (Car Of The Year) and awards a single winner each year. Technical innovation and value for money are the most closely studied criteria. The COTY prize has existed since 1964: it is the oldest and most coveted trophy in the automotive world.

“Being in the top 3 of the most rewarded brands by the Car Of The Year award with six titles is a source of tremendous pride! PEUGEOT has won three COTY awards in 6 years, which is a first for a single brand! We now have three PEUGEOTs designated “Car Of The Year” in the street: the new 208, the SUV 3008 and the 308 compact sedan. The new PEUGEOT 208 won because it offers the power to choose between its electric and combustion engines at an affordable price. Its daring design and technology draw you in. The Car Of The Year award is a great tool for company cohesion and a reference for our customers.” said Jean-Philippe IMPARATO, Director of PEUGEOT.