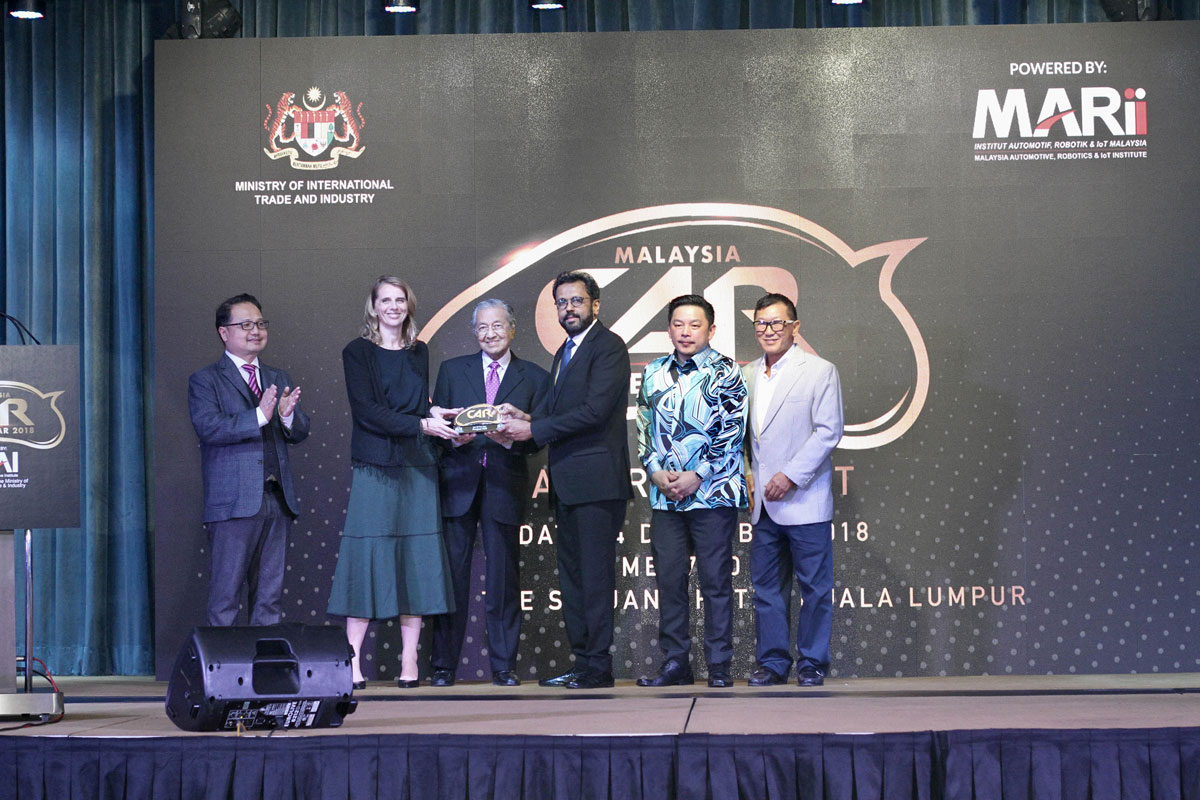 Dato’ Samson Anand George, Group CEO, Automotive Group, Naza Corporation Holdings who received the award said, “It is a great honour for Peugeot Malaysia to receive this coveted award as it stands as a testament to the Peugeot 3008 SUV’s enduring popularity. Being a celebrated SUV the world over, the Peugeot 3008 SUV received more than 60 international awards and accolades so far and with 430,000 units sold worldwide. The Peugeot 3008 SUV proved its mettle in Malaysia as our best-selling model in the country, and we will continue to offer best quality products to the market.”

“Thanks to its inspired styling, comfort and advanced safety features complemented with the intuitive technology of the Peugeot i-Cockpit, the Peugeot 3008 SUV remains an outstanding choice in the SUV segment and most definitely a highly sought-after one in the market,” he added.

The Peugeot 3008 SUV received high praise and reviews all around the world as the most innovatively modern SUV in its class, reflecting the style and elegance synonymous with the French marque. Adopting the latest stylistic codes of the French marque, the Peugeot 3008 SUV affirms its characteristics with a unique blend of style, comfort and road handling. The compact SUV features cutting-edge technology including the innovative and state-of-the-art PEUGEOT i-Cockpit, a 12.3” head-up digital instrument display and 8.0” capacitive touchscreen with Mirror Screen functionality, comprising of Android Auto, Apple CarPlay™ and Mirror Link. In the area of occupant protection, the Peugeot 3008 SUV comes with a wide-ranging set of technological equipment ensuring high safety standards.

The acclaimed SUV continued to expand its list of accolades throughout the evening, earning the ‘Good Design Award’ for its outstanding overall design, and further clinched ‘Compact Crossover of the Year’ at the awards ceremony.

It was also a night to remember for the Naza Group as Kia, one of its automotive franchise brands under the Group, also took home ‘MPV of the Year – Below RM200,000’ for the Kia Grand Carnival 2.2D SX family MPV.