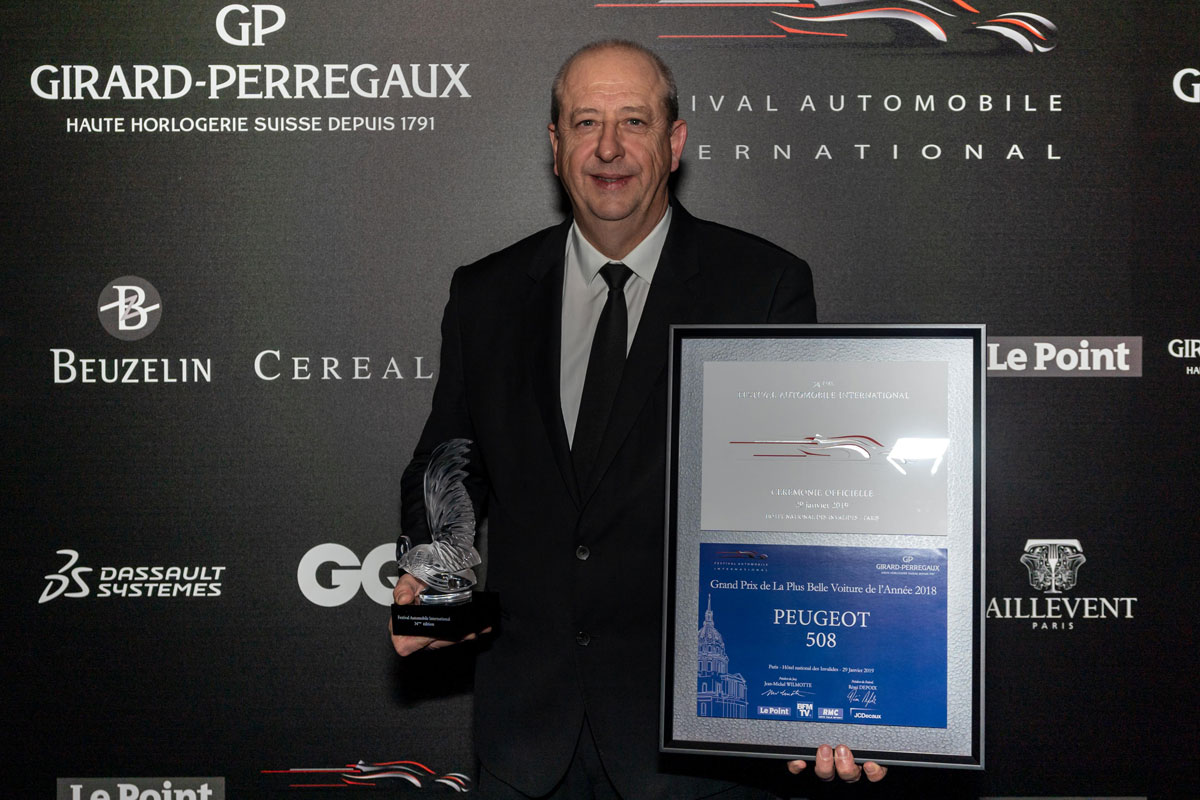 PARIS, 31st January 2019– PEUGEOT received two awards at the 34th International Automobile Festival held on 29 January 2019 at Hôtel des Invalides in Paris. The new PEUGEOT 508 won the Grand Prix award for Most Beautiful Car of the Year 2018 and PEUGEOT e-LEGEND Concept received the Grand Prix award for the Most Beautiful Concept Car of the Year. Jean-Philippe Imparato, CEO of the PEUGEOT brand, and Gilles Vidal, PEUGEOT Design Director, collected the two prizes.

The new PEUGEOT 508 won the award with over 34% of the votes. The brand’s radical saloon has been ordered in over 10,000 units in Europe since launch in October 2018, following its public reveal in March 2018 in Geneva.

PEUGEOT e-LEGEND Concept won the prize for the Most Beautiful Concept Car of the Year. The expert and enthusiast jury members, hailing from the automotive, architecture, fashion and design sectors, were won over by the concept car, which embodies the exciting vision of the future of a 100% autonomous, electric, connected and customisable vehicle according to PEUGEOT.

Each year the International Automobile Festival rewards the most attractive automotive designs. Architect Jean-Michel Wilmotte and fashion designer Chantal Thomass chaired a jury of experts from the automotive, fashion, culture and design sectors.