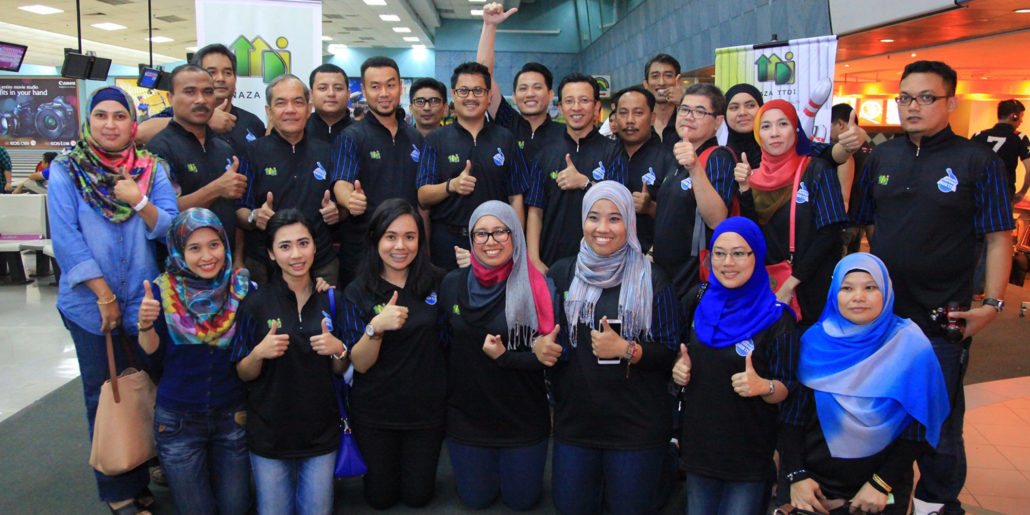 Naza TTDI Club’s Deputy President Mohd Adzwan Hj Paying, in his opening speech expressed his appreciation to all teams for their continued support for the event since it was first incepted in 2003. He said “Naza TTDI believes in engaging with our stakeholders through healthy activities such as sports which also fosters a stronger relationship, harmony and social interaction amongst the participants.”

Mohd Noor Azimi from Pejabat Daerah/Tanah Petaling (PDTP) and Sabariah Yaa’kob from Majlis Bandaraya Shah Alam (MBSA) were named the “King-Pin” and “Queen-Pin” of the tournament by scoring 587 and 511 pins respectively.

“We look forward to this annual event by Naza TTDI. We enjoy the game and it is a platform to network with others from the same industry.  Naza TTDI made it truly family and community-friendly. Other than tournament prizes, we are excited to receive interesting luck draw gifts!,” said Sabariah, second time winner of the Queen-Pin award.

Meanwhile, Mohd Noor who has repeatedly representing his organisation to this tournament for the last 6 years believes that through friendly indoor sports, such as bowling, it is a fun and interpersonal platform to meet colleagues, family and friends. “Naza TTDI is innovative in engaging the community this way and with younger talents participating each year, we certainly hope this program will sustain for years to come,” he added after winning his first ever King-Pin award.