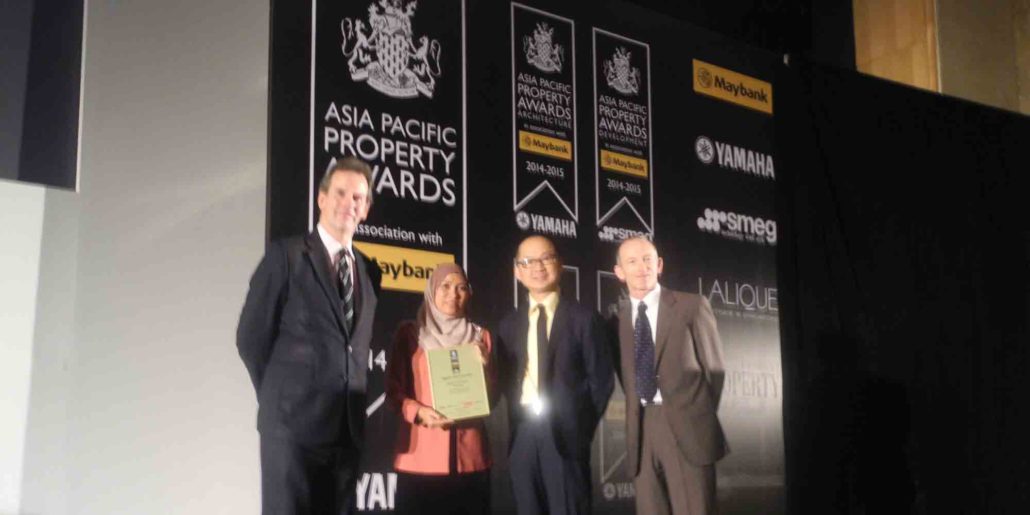 The two wins were under the ‘Retail Architecture – Malaysia’ and ‘Retail Development – Malaysia’ categories. Receiving the awards on behalf of the company was Nik Zalini Ismail, Senior Manager of Planning and Development Division.

The awards were presented by the Earl of Courtown, James Stopford and Stuart Shield. The former in his capacity as the Chairman of the Architecture and Interior Design Categories Committee while the latter as the President of the International Property Awards.

Since 2009, Naza TTDI has achieved success at the annual awards ceremony, with last year’s accomplishment of six wins for its Matrade Exhibition Centre and the TTDI Ascencia serviced apartment submission.

The TTDI Dualis compromises of 32 units of semi-detached and multiple frontage design lifestyle shop-offices located on a 8.7 acre land in Seri Kembangan. The retail and business centre stands out as the first of its kind in Equine Park and is ideal for offices, banks, showrooms, and F&B Outlet.

Starting from price range of RM330K and above per unit, TTDI Dualis Phase 2B received an overwhelming ‘sold-out’ response while Phase 2A, “Trion 888 TTDI Equine”, is now open for registration.