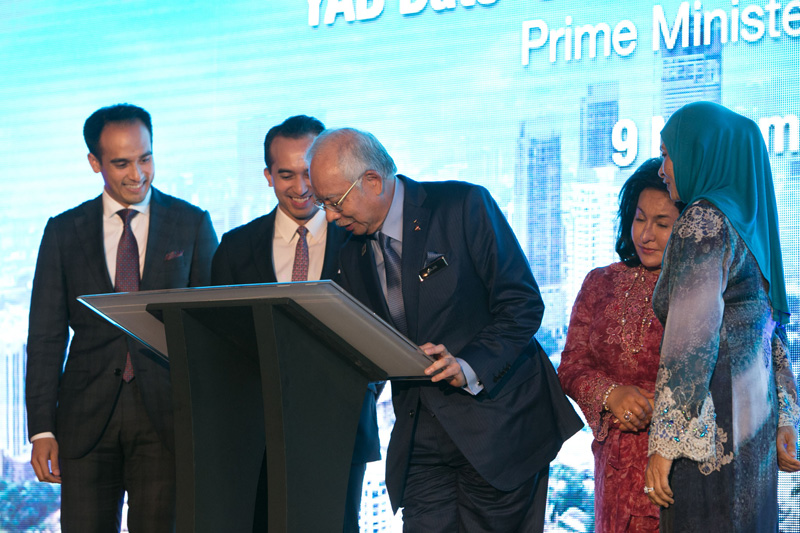 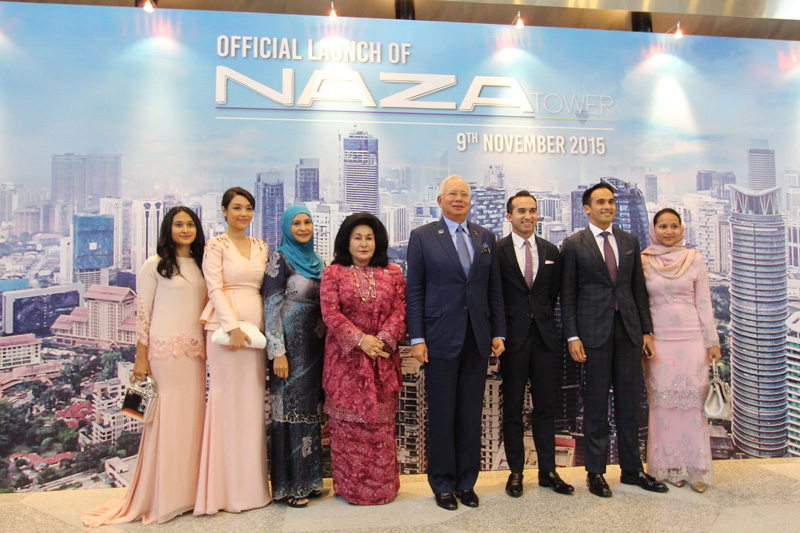 KUALA LUMPUR – Naza Group of Companies today launched the iconic 50-storey Naza Tower in Platinum Park, Persiaran KLCC, Kuala Lumpur. The launch was in conjunction with the 40th anniversary of the conglomerate, the first Bumiputra company to have a presence in the Kuala Lumpur City Centre (KLCC).

The launch ceremony was officiated by YAB Dato’ Sri Mohd Najib Tun Razak, the Honourable Prime Minister of Malaysia. Also present at the ceremony were SM Nasarudin SM Nasimuddin, Joint Group Executive Chairman of the Naza Group of Companies; Puan Sri Zaleha Ismail, Co-Founder and Director of Naza Group of Companies accompanied by the Group’s Board of Directors.

At the launch ceremony, Naza Group of Companies’ Joint Group Executive Chairman, SM Nasarudin SM Nasimuddin said, “This event is of personal significance to me and my family. Celebrating our 40th anniversary with the completion of Naza Tower brings to light the vision of our founder, Allahyarham Tan Sri SM Nasimuddin.”

The Grade A Office building has a net lettable area (NLA) of more than 500,000 square feet. Standing out in the Kuala Lumpur skyline, the ‘Green Building Index’ (GBI) accredited tower is part of the RM4billion Platinum Park.

“Its strategic location, given its close proximity to the shopping and commercial hub of Kuala Lumpur, will be exceptionally attractive to business and commercial tenants, both domestic and international. Not to mention, accessibility via Jalan Tun Razak and the major highways provides convenience to the towers’ tenants,” added SM Nasarudin.

The Naza Tower has a unique helical shape, creating a ‘twisting upwards’ effect over the course of its height. Each floor plan is similar but is set a few degrees clockwise from the floors below, giving the tower an innovative structure that provides for desirable views of the Kuala Lumpur skyline.

The building core is a cylindrical concrete form that acts as the central pillar for the tower. As the building ascends, the rotation at each floor occurs around this central mass. The cylindrical core also diffuses daylight to interior spaces, optimizing occupants with bright views with limited electricity needed.

In 2012, the Naza Tower was awarded ‘Best Office Architecture’ by the International Property Awards, Asia Pacific.

In the coming months, the Naza Tower is expected to have international cafes and restaurants on its ground floor and 50th floor.