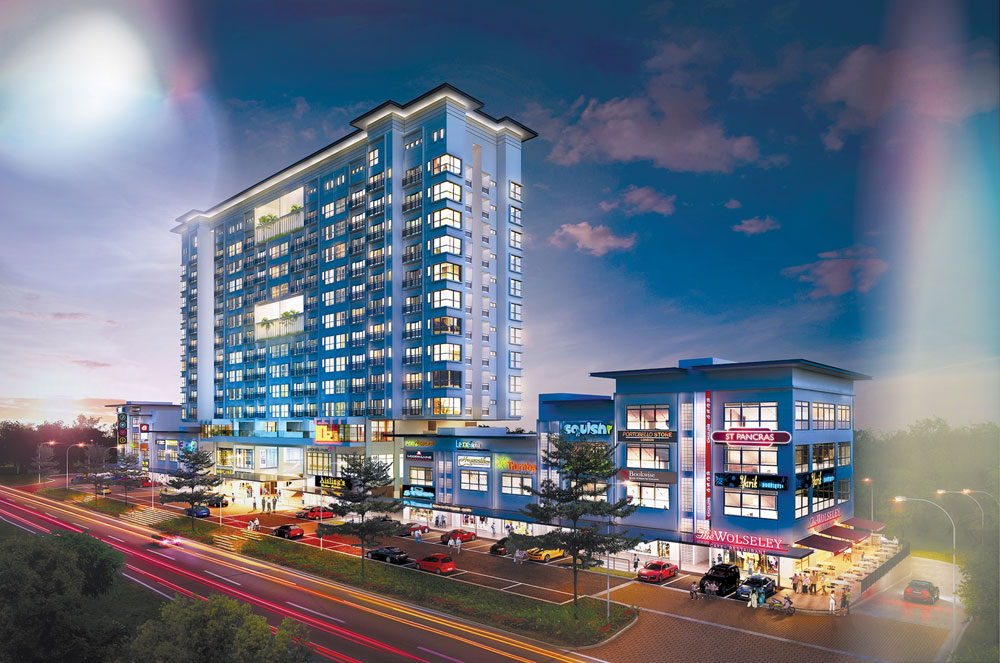 KUALA LUMPUR – Naza Corporation Holdings announced an additional reward for Malaysian athletes who win gold at the Rio Paralympics 2016 with a unit of residential suite at Trion 888, Equine Park on top of an All-New Kia Sportage each, its chairman and chief executive officer, SM Nasarudin SM Nasimuddin announced today.

“The shareholders are proud of our Malaysian Paralympians. Being a homegrown company, Naza will further reward our champions with a residential suite at Trion 888, Equine Park in addition to an All-New Kia Sportage each,” said SM Nasarudin who made the statement from Rio, Brazil today.

“Naza Corporation Holdings has always been committed to sports. Just this year alone, we sponsored the biggest competition internationally in women’s squash, the Naza-PSA World Women’s Squash Championship. We will also be the platinum sponsors of the upcoming KL Games 2017. Rewarding our very own Paralympic gold medallists this time would add another feather to our hat.”

Trion 888, located at Equine Park, Seri Kembangan is being developed by Naza TTDI Sdn Bhd, the property arm of Naza Corporation Holdings. Priced at RM350,000, the residential suite has a built-up of 450 square feet and has full facilities of a swimming pool, multipurpose room, gymnasium, changing room, lift, laundry facilities and surau. The development is targeted to be completed by end-2017.

On behalf of Naza TTDI, its group managing director, SM Faliq SM Nasimuddin says, “Naza TTDI is proud to be part of our group’s initiative to support and reward the success of our paralympic athletes. We decided to reward a unit each of Trion 888 as the residential suite is well-catered for the lifestyle of the younger generation, a group that our athletes are in.”
The All-New Sportage is Kia’s global top seller and a proud winner at the 2016 ‘Red Dot Awards’ for Product Design and Insurance Institute for Highway Safety’s top award for Top Safety Pick+ in 2016. Its top-of-the-line essential safety features resulted in a maximum safety rating score of five-stars in the Euro NCAP crash performance tests. The All-New Sportage is priced at RM121,888 and comes with a five-year warranty with unlimited mileage.

SM Nasarudin is also in his first year helming the Paralympics Council of Malaysia as its president. With these achievements at Rio, he said that the gold medalists had not only inspired other athletes but all Malaysians.  “Our Malaysian paralympians have showed their mettle despite their odds. This is how we show that Malaysia Boleh!”

As of now, Mohd Ridzuan Mohd Puzi and Ziyad Zolkefli won the nation’s first ever gold medal at the Paralympics in the men’s T36 100m dash while Ziyad took another home by winning the men’s F20 shot putt event with a new world record effort.

Ridzuan’s time of 12.07 broke the Paralympic record of 12.25 held by Ukraine’s Roman Pavlyk since the 2008 Paralympics in Beijing. Ziyad hurled a distance of 16.84m to break the world record of 16.59 held by Australian Todd Hodgetts since 2007 and improve on the bronze he won at the previous Paralympics in London four years ago.