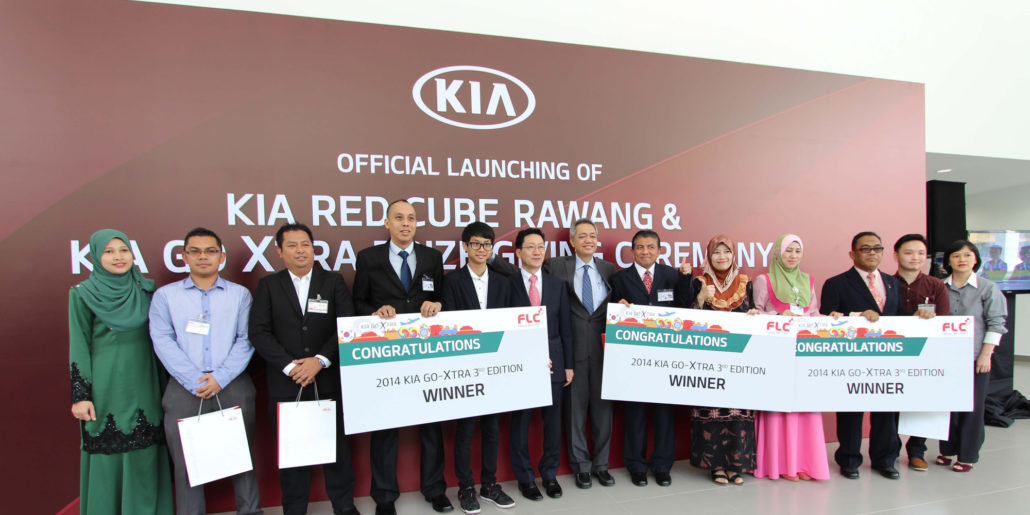 The Kia Red Cube Rawang 4S centre sits on a 37,314 square foot area that can display 6 cars in showroom area and has 21 service bays that are able to service up to 50 cars per day. The outlet is located at Lot 605, Batu 20, Jalan Rawang, 48000 Rawang, Selangor Darul Ehsan and has a monthly sales target of 60 units per month.

“As the company’s fifth flagship outlet and the second for the Klang Valley, Kia Red Cube Rawang will cater to the needs of customers in both the residential and industrial areas of Rawang, Selayang, Sungai Buloh and to Tanjung Malim area.” said Datuk Syed Abdull Hafiz Syed Abu Bakar, Chief Operating Officer of Naza Kia Malaysia.

According to Interbrand’s recent exclusive list of 100 ‘Best Global Brands 2014’, Kia Motors Corporation’s brand value has skyrocketed by 480% from US$929 million to US$5.4 billion since 2007. The brand placed 74th place on this year’s list, jumping nine places from 2013.

“For 2014, we are focusing to increase our sales volume to 11,300. Now in our fourth quarter, we are 68% into reaching our sales target for 2014. This is despite volatile market’s response and aggressive competition by other auto brands in Malaysia.” he said.

The launch also served as the prize-giving ceremony to award the winners for the Kia Customer Loyalty Program – Kia Go-Xtra Campaign 2014.

“This is part of Naza Kia Malaysia’s initiative to reward our customers’ loyalty. By taking the best care of their Kia, the grand prize winners went on the 5 days 4 nights trip of a lifetime to Seoul, Korea.”

“These winners got the chance to tour Kia’s manufacturing plant and R&D centre where they got a first-hand look at Kia’s advanced design and production capabilities,” said Datuk Hafiz.

To participate in the campaign, customers who serviced their Kia vehicles at authorised service centres from June 9 to August 15, 2014 received an entry form, filled it up and submitted to the service outlet.

The 50 shortlisted finalists were then required to send their most creative photo of themselves with their Kia vehicle to Naza Kia Malaysia.

There were also twenty consolation prizes which consisted of RM500 Kia service vouchers.

“Exclusive to our loyal customers, this campaign has enabled us to build a strong bond with them and integrate Kia’s ‘Family Like Care’ philosophy into our after sales services,” said Datuk Hafiz.

This is the third consecutive year Naza Kia Malaysia has held the Kia Go-Xtra campaign to reward its existing customers. For the past two years of this campaign, the grand prize winners were also given an all-expense paid trip to Seoul.

For any enquiries regarding sales and bookings, please call 03-6093 9988 for further assistance. Kia owners who wish to make service appointments may contact 03-6092 8866.