KUALA LUMPUR, 21 November 2018 – Naza Automotive Group, the automotive division of the Naza Group of Companies, will make an appearance at the 9th edition of the Kuala Lumpur International Motor Show 2018 which is set to showcase a range of motoring machines from passenger and commercial vehicles, to motorcycles, accessories and more at the Malaysia International Trade & Exhibition Centre (MITEC). Naza Automotive Group will showcase an impressive line-up consisting of European marques Peugeot, DS and Citroën and Korean brand Kia at the largest automotive industry event in Malaysia. 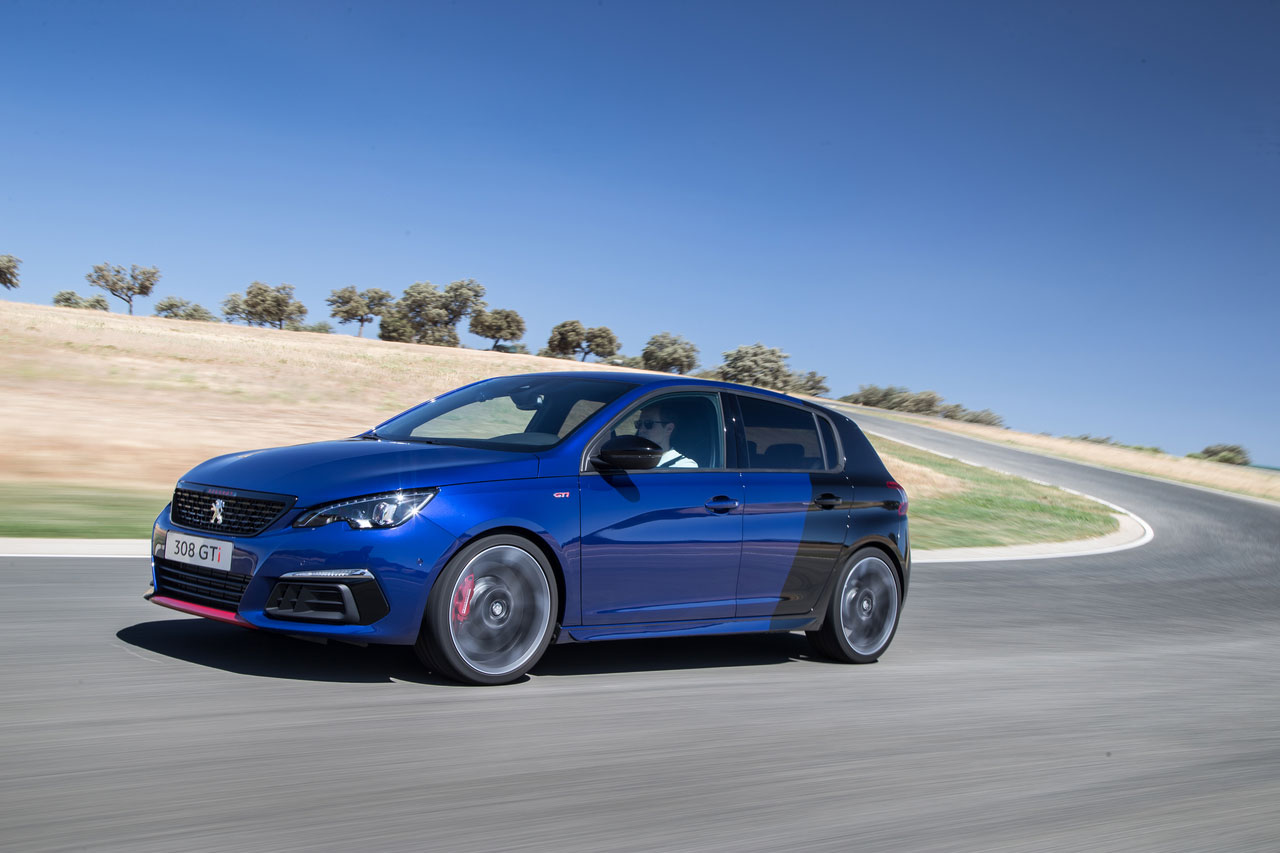 Nasim Sdn Bhd, the official distributor and custodian for the Peugeot brand in Malaysia will be displaying their dynamic range of SUVs and sporty hatchbacks that personify ‘Motion & Emotion’.

As the most innovatively modern SUV in its class, the ‘European Car of the Year 2017’ Peugeot 3008 SUV was built on the principles of design, advanced technology and function. The 3008 SUV is adorned with a powerful and refined style that provides convenient versatility unrivalled in its segment.

The Peugeot 5008 SUV makes a smooth transition from its MPV predecessor and breaks new ground as a large, expressive 7-seater SUV in the C-segment. As a new contender in this competitive segment, the 5008 SUV breathes new air in this segment with its blend of space and practicality of an MPV and the dynamic appeal of an SUV – combining the best of both worlds in one modern automobile, giving users the attractive combination of status, sophisticated technology, impressive practicality and driving emotions.

Expressive, high quality, sporty and designed by speed enthusiasts, the Peugeot 308 GTi is a successful model that was engineered and designed by Peugeot Sport – Peugeot’s motorsport division devoted exclusively to developing the marque’s most high-performing models, consisting of a team of expert engineers sharing the same passion. The compact sports car exudes an athletic allure for the ultimate driving pleasure, perfect for the adventurous souls with a desire for exhilarating driving experiences.

Meanwhile, the New 308 THP, an upgraded variant of the best-selling Peugeot model in Malaysia, will make a grand addition to Peugeot’s range on display at KLIMS 2018. Built for people inspired by stylish design, engineering excellence and pure driving pleasure, the New 308 THP exudes European flair and function with its state-of-the-art technology and exemplary road handling.

Visitors to the Peugeot booth will get to try out a racing simulator and Virtual Reality experience, apart from being able to take advantage of their Autovaganza year-end promotions with rebates up to RM12,000 and free gifts with purchase.

Visitors to KLIMS 2018 will also get to experience the premium automobile marque of Groupe PSA, DS. Making its very first appearance on Malaysian soil is the All-New DS 7 Crossback, the New Luxury SUV by DS Automobiles. Naza Euro Motors picks KLIMS 2018 as the perfect platform to preview the All-New DS 7 Crossback, ahead of its local debut in 2019.

As a Crossback, the DS 7 is beautifully crafted to be an object of desire right away. The DS 7 Crossback is immediately recognisable by day or by night, from the front or from the rear. The DS 7 Crossback comes loaded with premium features such as DS Active LED Vision, FOCAL HIFI Speakers, a clock by luxury watch makers BRM and more.

Also making an appearance at the DS booth will be the DS 5, the brand’s global best-seller vehicle of avant-garde styling, allying dynamic behaviour, refinement and attention to detail with a selection of advanced technologies.

Citroën: Inspired By You

A fun and vibrant display reflective of the brand’s global identity, Citroën’s booth at KLIMS 2018 will be one to watch out for. Visitors to the booth stand a chance to be prominently featured on their special ‘media wall’ when they pose and snap a photo with the New C3 Aircross.

Also making a presence at the Citroën booth is the newly-launched New Grand C4 Spacetourer 7-seater MPV. Designed with space, versatility and innovation in mind, the Citroën Grand C4 SpaceTourer is a feature-packed 7-seater MPV that turns heads on the road. The MPV’s enhanced design, unique experience of comfort and latest-generation technologies presents a modern, user-friendly and family-oriented drive that allows drivers and passengers to travel in style and comfort. 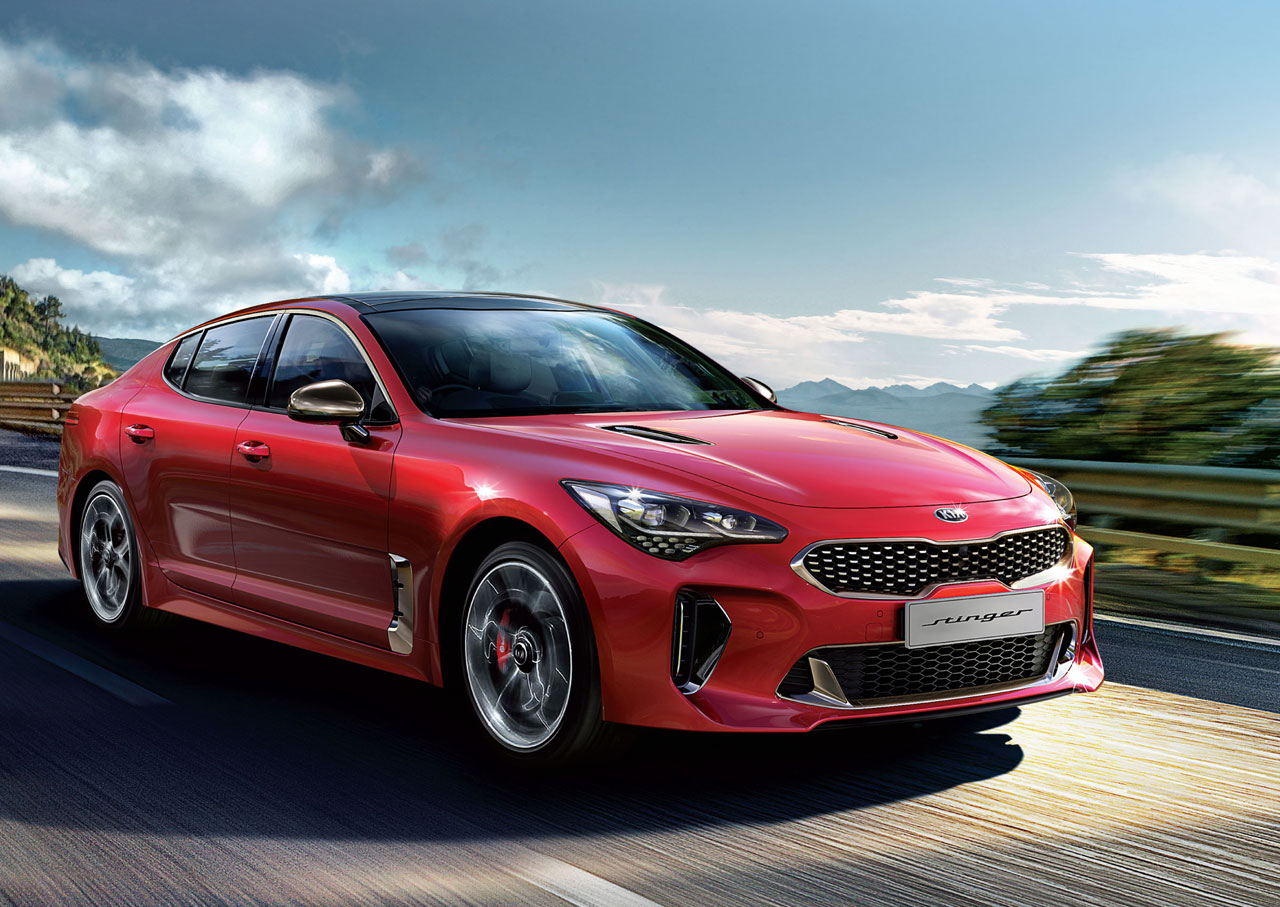 KIA: The Power to Surprise

The official distributor of Kia vehicles in Malaysia, Naza Kia Malaysia, will be going all out at KLIMS 2018 showcasing its full product line-up ranging from A-segment to D-segment vehicles.

KIA’s fastest automobile yet, the Kia Stinger ushers in a new era of innovation for the Korean marque as a supremely designed gran turismo purebred, having earned a global recognition for its blend of high performance and best-in-class comfort. The sport sedan sets a revolutionary benchmark for the future of Kia vehicles and has been well received by car enthusiasts worldwide.

The facelifted New Optima GT now features a new aggressive front grille, LED fog lamps and rear combination LED lamps while retaining the 18-inch alloy wheels. Its feature-packed infotainment system is now paired with a 7-inch touch screen with Around View Monitor (AVM) camera, which uses cameras at the front, rear and sides of the vehicle to provide the driver with a 360-degree view of their surroundings, making it easier to complete low-speed parking manoeuvre. The New Optima GT’s sleek seat design dons a new two-tone red and black leather, with the front seats embroidered with the GT signature logo.

On the other hand, the New Grand Carnival’s versatility and style epitomises the perfect blend of day-to-day practicality and high-end luxury. The 8-speed automatic transmission of the both variants provide a smoother acceleration and improved fuel efficiency, with other new upgrades such as the Electronic Parking Brake and 18-inch alloy wheels in Light Metal Silver for KX variant and in Dark Grey Two Tone for the SX variant.

Fan favourite Kia Sportage GT will also appear at Kia’s booth at KLIMS. Designed and engineered to appeal to those looking for a sportier driving experience from their Sportage, the GT-Line specification delivers all the versatility of the Sportage while adding greater visual and dynamic appeal to those who desire it.

Kia’s New Picanto GT-Line, a racing-inspired variant and flagship of the all-popular Picanto range, is set to impress at the KLIMS 2018. Boasting new features designed to give the car a sportier look and feel, the New Picanto GT-Line features it’s the iconic GT-Line sport package with colour accents on the full body kit that are unique to the GT-Line variant. Completing the muscular expression are Kia’s signature ‘tiger nose’ grille at the front and sporty-looking dual exhaust pipes that lend an aggressive vibe. Despite its size, the A-segment vehicle packs a punch with performance and class-leading safety standards.

KIA is also slated to give a sneak preview of a future Kia model that will make an appearance at KLIMS 2018.

Catch what Peugeot, DS, Citroën and Kia has to offer at the upcoming Kuala Lumpur International Motor Show 2018 held from 23rd November until 2nd December 2018 at MITEC.