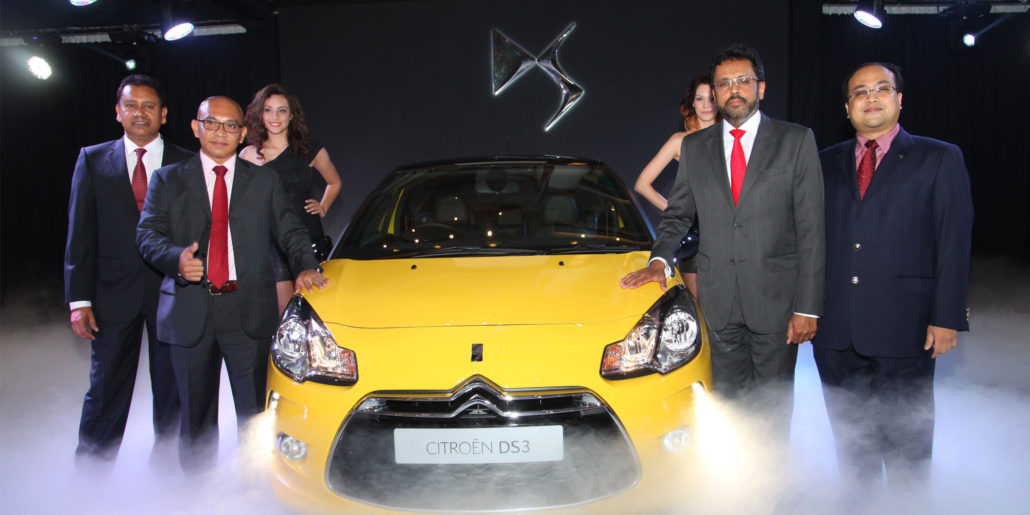 Naza Euro Motors today unveiled the highly anticipated Citroen DS3. The Citroen DS3 was first previewed at the Kuala Lumpur Motor Show 2013 (KLIMS’13) and is the third model after the Citroen DS4 and Citroen DS5 to be launched by Naza Euro Motors following its appointment as the official distributor for Citroen in Malaysia in January last year.

“The entrance of the Citroen DS3 into the Malaysian market completes the Citroen DS line which evokes expertise, style and technology inscribed with the DNA of innovation and distinction.

The Citroen DS3 stands out with its finish quality, premium materials and the care taken with every detail. The Citroen DS3 was crowned “Car of the Year” by the UK’s Top Gear magazine when it was first launched and recently, voted the “Best Supermini” 2013 by JD Power Survey in UK.

With razor sharp styling and a visually-arresting design, the Citroen DS3 is a radical take on the compact urban vehicle and a contemporary breath of fresh air for the class.

Citroen’s creative talent for innovative vehicle design manifests itself on every feature of the Citroen DS3. From all angles, the Citroen DS3’s undeniable on-road presence and refreshing style is evident with stand-out elements such as the ‘shark fin’ B-pillar and sleek design of the front LED lights.

An especially cutting-edge style choice are the seven available bi-tone roof colours that match the door mirrors with chrome base and are offset by chrome side rubbing strips. There are even multiple colours for the key fobs, colour-coded according to the car.

A cockpit-inspired driving position puts the driver firmly in control with a sports-styled instrument cluster featuring three conical dials, small-diameter wheel and low-slung, body-hugging seats. The Citroen DS3 delivers a nimble driving experience with a turning circle of around 10m also making it a surefooted companion for manoeuvring around cramped urban environments.

For comfort, the Citroen DS3 is equipped with a sophisticated HiFi audio system with an additional, third speaker located in the middle of the upper dashboard and an amplified subwoofer in the boot, an MP3- and WMA-compatible CD player, Bluetooth hands-free kit and Mistral Claudia leather seats.

The Citroen DS3 also boasts among the largest boot in its class at 385-litres, and for additional load capacity the 60:40 split-fold rear bench can be tumbled forward in a single, effortless movement.

Safety-wise, the Citroen DS3 is fitted with Anti-Lock Braking System (ABS) with Electronic Brakeforce Distribution (EBD) and Electronic Brake Assist (EBA) as standard on all models as well as an Electronic Stability Program (ESP). Passive safety is also top-level, with six airbags, three-point seat belts and ISOFIX anchor points in the rear side seats all fitted as standard.

The Citroen DS3 gets a range of driving aids, such as a cruise control/speed limiter and a gear change indicator that recommends gear changes to save on fuel and cut emissions. The Citroen DS3 was awarded a maximum five-star rating from the Euro NCAP crash safety test.

Since being appointed as the official distributor for Citroen in Malaysia last year, Naza Euro Motors have inaugurated the Citroen DS4, Citroen DS5 and now the Citroen DS3 as part of Citroen’s prestigious DS line. An extensive network expansion was also set in motion with Citroen Glenmarie in Shah Alam and continued with Citroen Penang Island in Island Glades, Citroen Juru on the mainland, PJ Automall and Citroen Johor Bahru. More showrooms and service centres are primed to open in the near future to accommodate the growing demand for aftersales service.