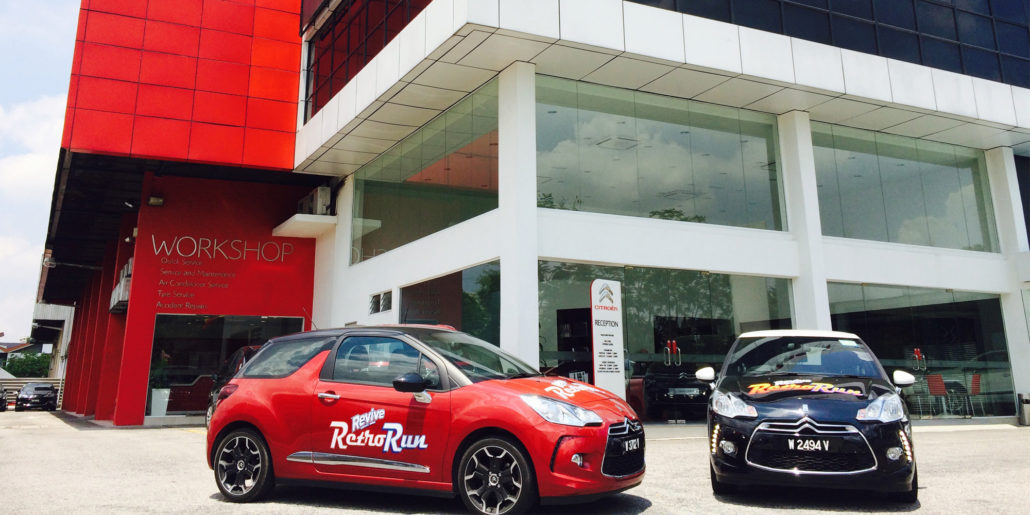 “Similar to the concept of the Revive Retro Run, the DS3 is fresh, original and innovative. It reinvigorates the lifestyle of any individual simply by its mere presence. The DS3 offers an impressive freedom of expression through elegant design, advanced technology, dynamic performance and intense driving pleasure,” said Dato’ Samson Anand George, Chief Operating Officer of Naza Euro Motors Sdn Bhd.

The DS3 was crowned “Car of the Year” by the UK’s Top Gear magazine when it was first launched and recently, voted the “Best Supermini” 2013 by JD Power Survey in UK. It was also voted the ‘Premium Compact Car of the Year 2014’ at the recent NST-Maybank COTY 2014 awards.

This is Naza Euro Motors’ third high-profile partnership since their inception. Citroen was also the official car of the Jovian Mandagie Fashion Show 2014 and one of the Lifestyle partners for the Swiss Watch Gallery Time Kulture 2014.

Internationally, Citroen has partnered with major fashion houses in-line with the French marque which is designed to be a clear expression and celebration of ‘créative technologie’.