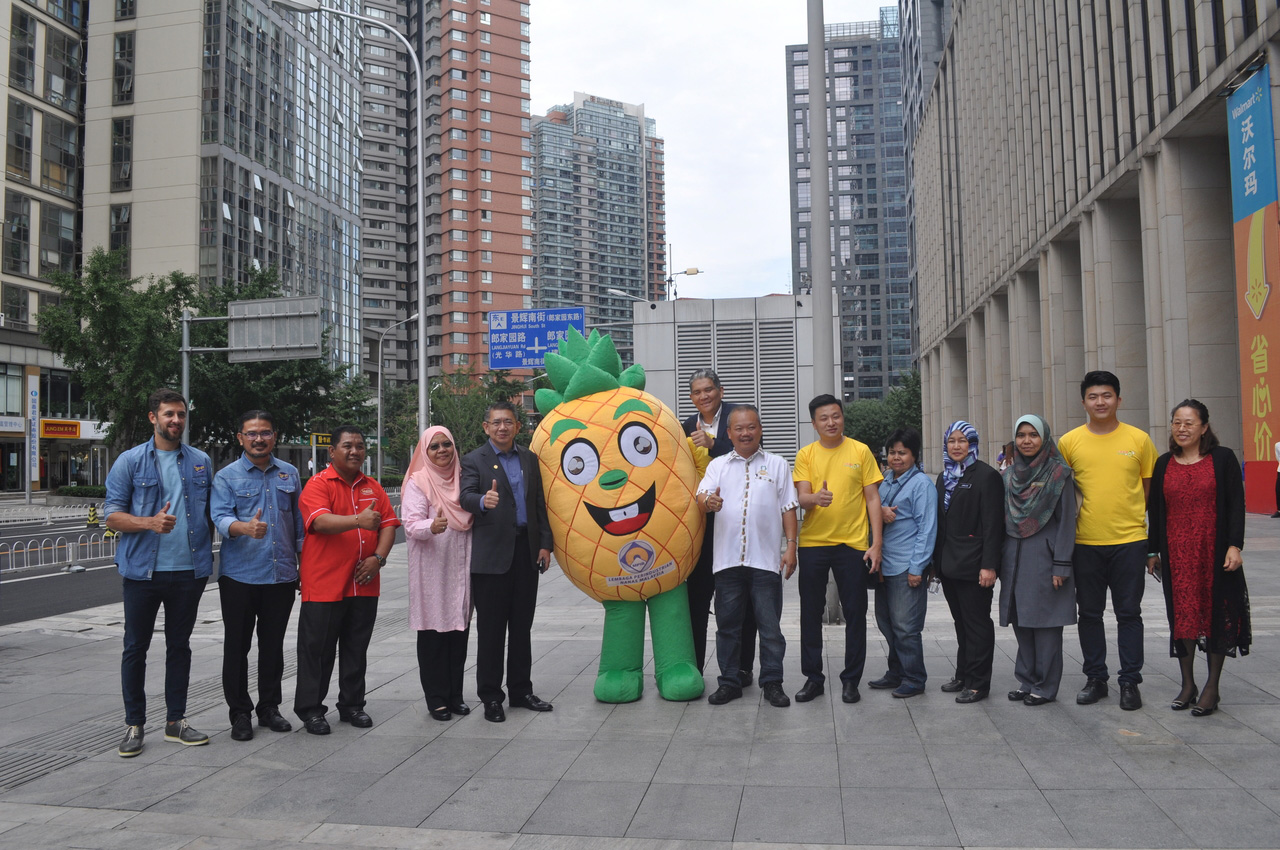 KUALA LUMPUR, 23rd August 2018 – Naza Agro, the agro business arm of the Naza Group of Companies, participated in the inaugural Malaysian Pineapple Business to Business (B2B) Promotion initiative held at Walmart Beijing, China, as part of a delegation initiated by the Malaysian Pineapple Industry Board (MPIB). The delegation, led by the Minister of Agriculture and Agro-Industry Malaysia, Dato’ Salahuddin Ayub, aims to introduce Malaysia-produced pineapples and its unique traits to the Chinese consumer market.

The event provided an insight into the unique Malaysian pineapples through suppliers such as Naza Agro through their trademark brand Tropicale, and also marks the first batch of Malaysian pineapples to arrive in Walmart Hypermarket in Beijing. In the long run, it is also hoped that this initiative will foster a dynamic business relationship between Malaysia and China.

In the near future, Naza Agro’s long-term vision is to establish a strong presence in the China market and continue to explore other export markets such as Japan, Korea and the Middle East for their tropical fruits business. Plans are also in the pipeline to expand their tropical fruits plantation land bank by another 2,000 acres which includes planting of pineapple, melon and durian for export market within five years’ time.

Pineapples sourced from Malaysia are known for their natural sweet taste and aroma, juiciness and crunchy texture with high fiber content. Malaysia’s tropical weather creates the perfect conditions for pineapples plantations to thrive, and hence consumers appreciate the year-round supply of fresh, juicy pineapples such as Tropicale’s premium MD2 pineapples.