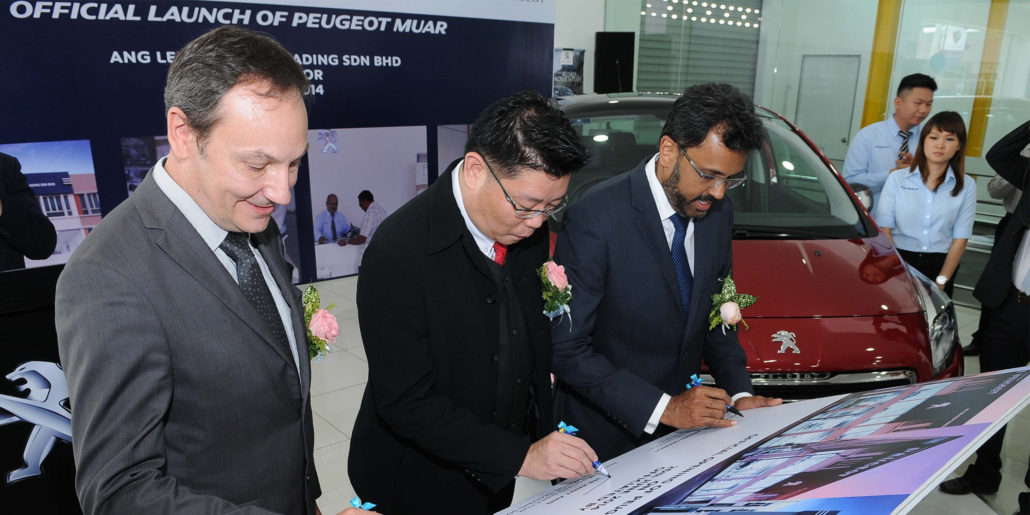 Peugeot Muar is equipped with customer lounges and Wi-Fi. Its service centre provides body and paint facilities and is equipped with five service bays with the capacity to service up to 11 cars a day.

“In 2013, the European market in Johor grew 17%, thereby making it an important market to us. This is in fact the second outlet we have launched in the state this year, after Peugeot Johor Bahru last month. With new developments currently taking place in Johor, we are better equipped to serve the growing needs of our customers.

“Through our sales and after sales network expansion and the introduction of several new and well positioned models, we intend to grow our sales volume in 2014,” said Dato’ Samson Anand George, Chief Operating Officer of Nasim. “Our target is to sell 7,000 cars in 2014,” he added.