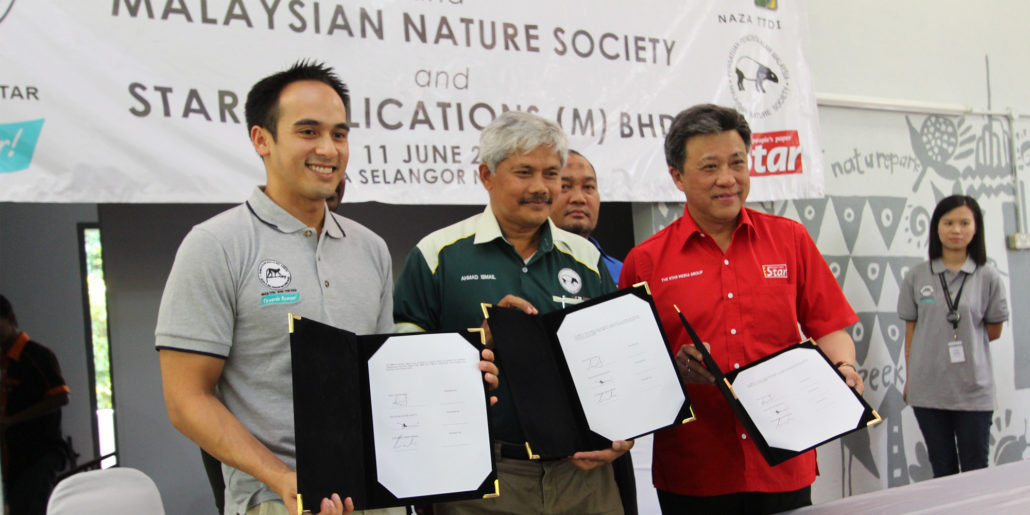 “The Kuala Selangor Nature Park initiative is a major milestone for us at Naza TTDI, where together with our employees and business partners such as RAM Arch Group, Nippon Paint and Daewoo Engineering & Construction, we aim to assist in the upgrading work of the park’s infrastructure and communications strategies, as such, the park is able to move forward towards the international wetland site official recognition, called the Ramsar accreditation. By doing so, we hope that the Park could be a self-sustaining entity, in addition to its primary role as a centre for environmental education and an eco-tourism destination,” says SM Faliq.

The Ramsar Convention is an international treaty for the conservation and sustainable utilization of wetlands, recognizing the fundamental ecological functions of wetlands and their economic, cultural, scientific, and recreational value. Currently, there are six wetlands in Malaysia that has been accreditated the Ramsar site status.

The tripartite MoU commits the following:

The MNS, in its role as the oldest and largest non-governmental environment organisation in Malaysia, will extend and increase its conservation and outreach activities, in order to contribute to the Education for Sustainability Development (ESD) program and to make the Park as one of the Ramsar status site for the Selangor state government.

Naza TTDI in its role as a property developer will support the Ramsar initiative by enhancing the public’s appreciation of the facilities and environment of the Park in line with its corporate social responsibility in caring for the environment.

Star Media Group, as a media company, will promote and increase environmental awareness and appreciation of the park and its habitat.

With over forty years of development experiences, Naza TTDI has been proactive in adopting green initiatives such as obtaining Green Building Index (GBI) certifications for its developments, mangrove beach clean-up, waste management and recycling practices as well as tree planting series with local authorities.