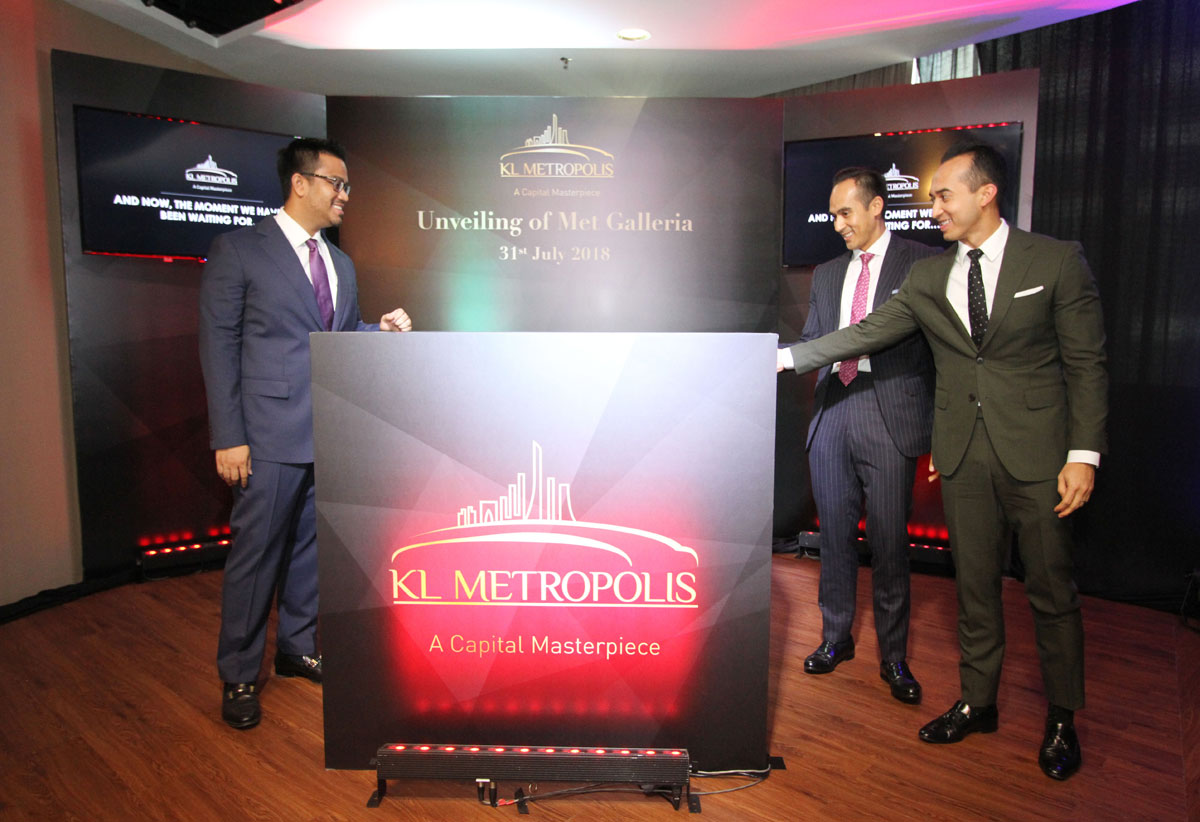 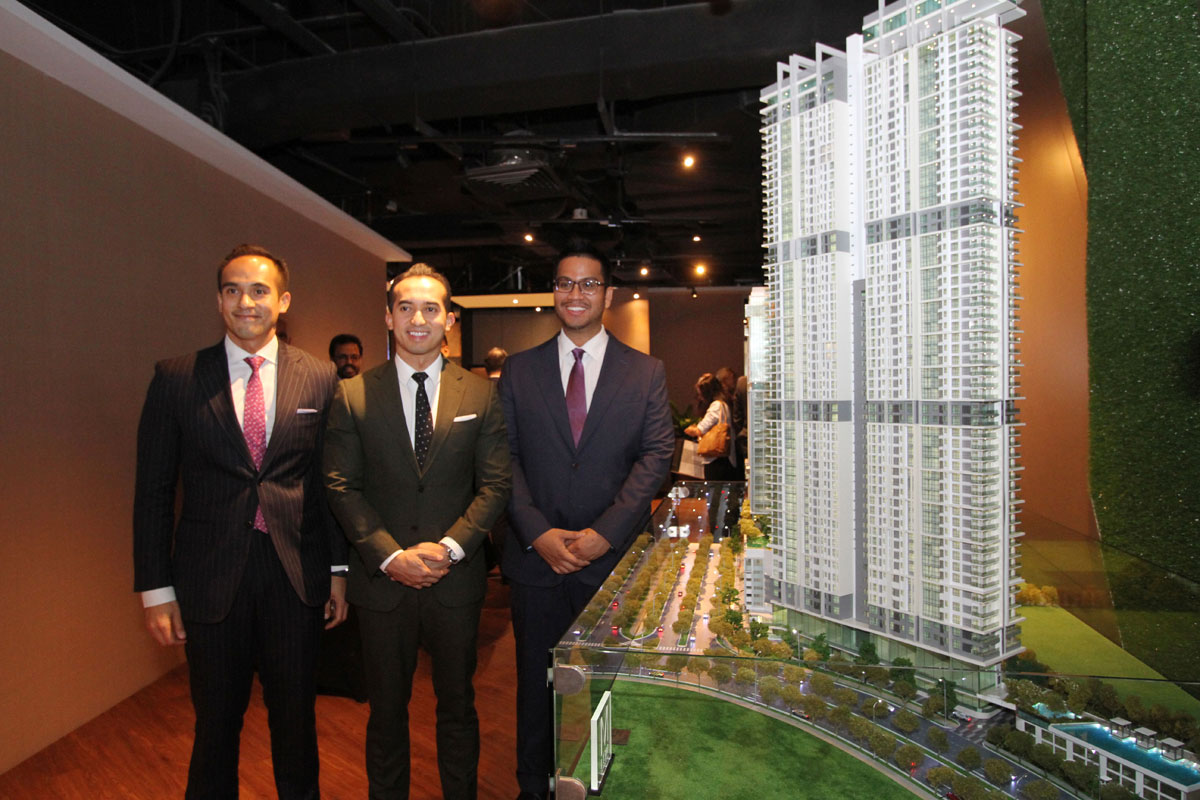 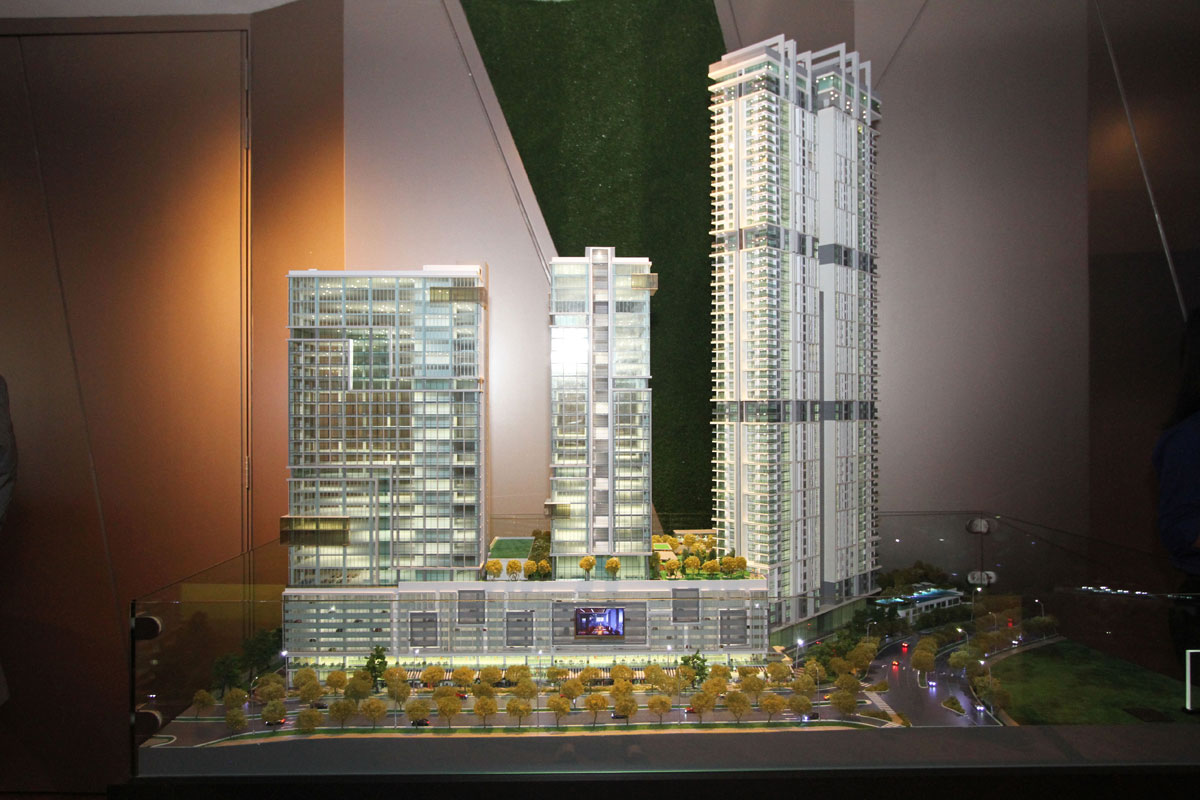 Kuala Lumpur – 31 July 2018: Met Galleria will be the first retail component for the RM20 billion KL Metropolis, a 75.5-acre mixed-use development, which is the largest trade and exhibition (Tradex) destination in Malaysia. Met Galleria is an international retail lifestyle gallery in a modern colonial setting that embodies elements of quality and sophistication in its design. This RM160 million two-storey upmarket mall has more than 80,000 sqft of net lettable area (NLA) targeted at shoppers who prefer an atmosphere that is calm, comfortable and harmonious.

“Met Galleria is designed with future retailers in mind. A unique characteristic of Met Galleria is the double ground floor concept; with one fronting MITEC and the other fronting the High Court. Met Galleria caters for the residents of the 616 units of MET 1 Residences, workers from nearby office towers and High Court, the affluent Mont Kiara residents and MITEC visitors. We are in the midst of identifying suitable tenants that fit our standards of refinement for Met Galleria.” said Dato’ Idzham Mohd Hashim, Executive Director/Chief Operating Officer of Naza TTDI Sdn Bhd.

At present, 40 per cent of Met Galleria’s lettable area are dedicated to food and beverage, while 20 per cent has been planned for retail concept stores. The remainder of the space will be distributed among anchor tenants, services, and pop-up kiosks.

All retail lots would have high visibility from either the main road, plaza or escalator. This high visibility feature provides exposure for optimum pedestrian traffic flow, with the double volume space adding to the increase visual connection between the two levels.

The entrance of both floors of Met Galleria face the boulevard. One floor faces Jalan Boulevard, while the lower floor faces a 24ft wide landscaped pedestrian boulevard that stretches beyond the MET 1 boundary in the direction of Metropolis Park.

“Other than the Met Galleria, we will be confirming details of the components for KL Metropolis in the coming months. Pioneer investors are poised to reap the most rewards as these upcoming announcements are expected to incrementally push the market value of both residential and commercial components at KL Metropolis,” elaborated Dato’ Idzham. The commercial value of KL Metropolis has been cemented by MITEC (Malaysia International Trade and Exhibition Centre), the largest exhibition centre in Malaysia, when the MICE (Meetings, incentives, conferences and exhibitions) venue officially opened its doors last year. MITEC is not the only commercial component.

The MET Corporate Office Towers is the other commercial development currently under construction. Developed by Triterra Metropolis Sdn Bhd, The MET is the first Grade A stratified corporate office towers in KL Metropolis, with two towers standing at 30 and 42 floors respectively.