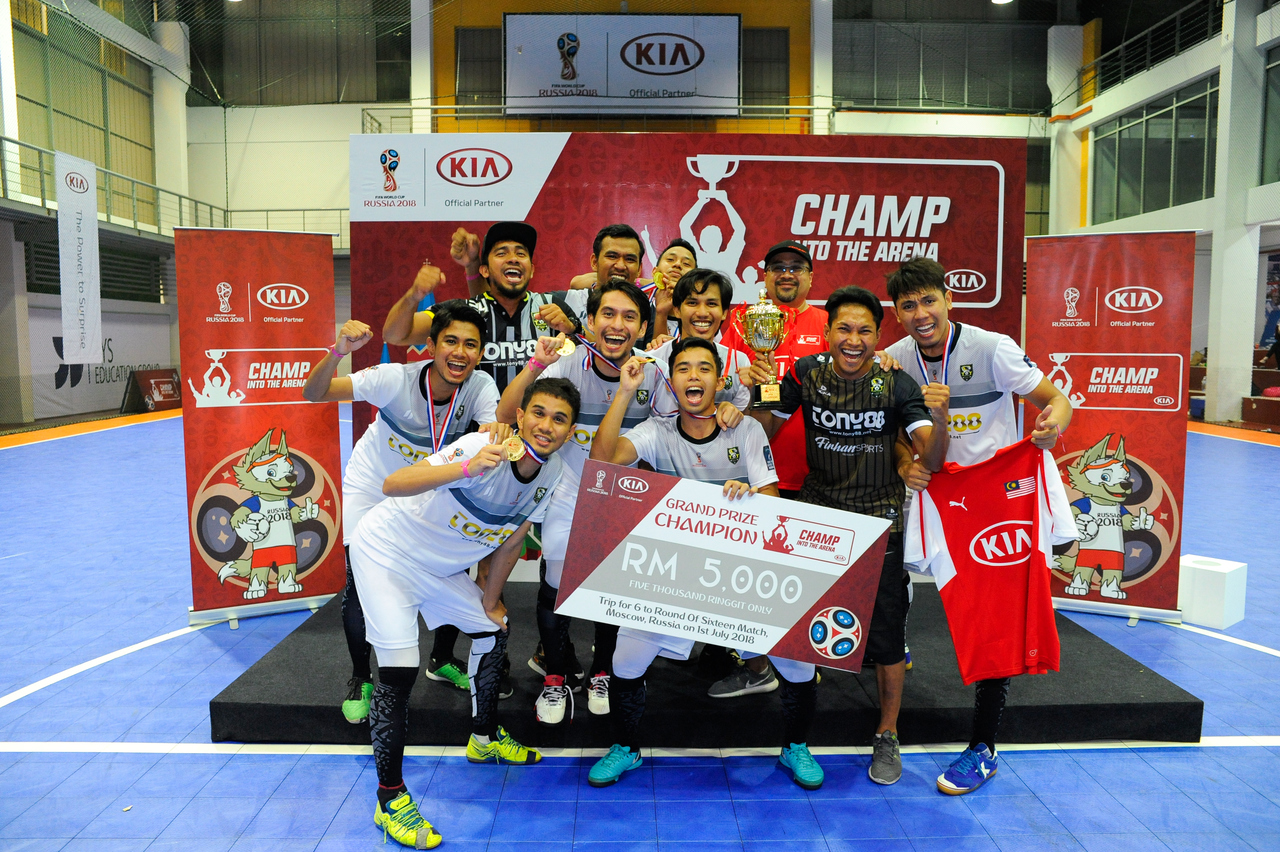 The Kia Champ Into The Arena tournament held on 29 April 2018 was the fourth futsal tournament organised by Kia in conjunction with the FIFA World Cup. 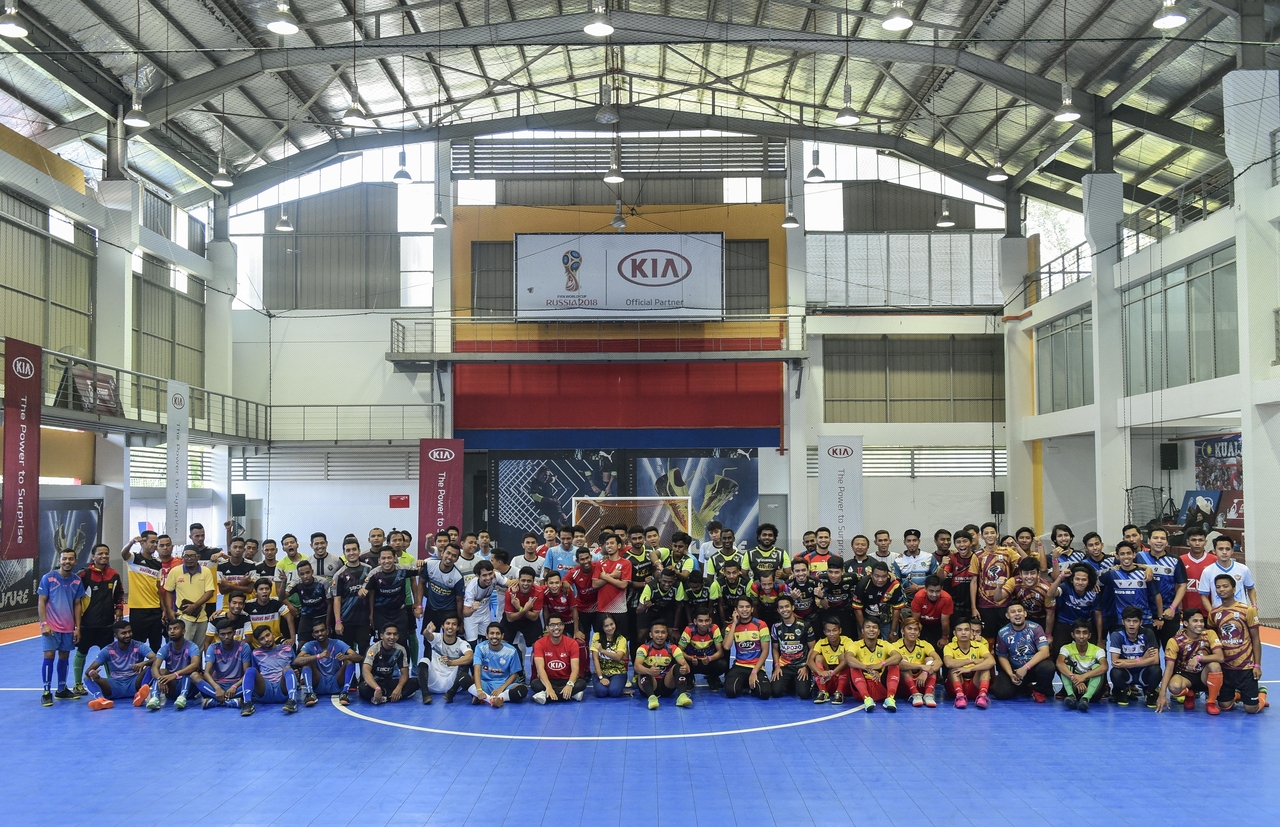 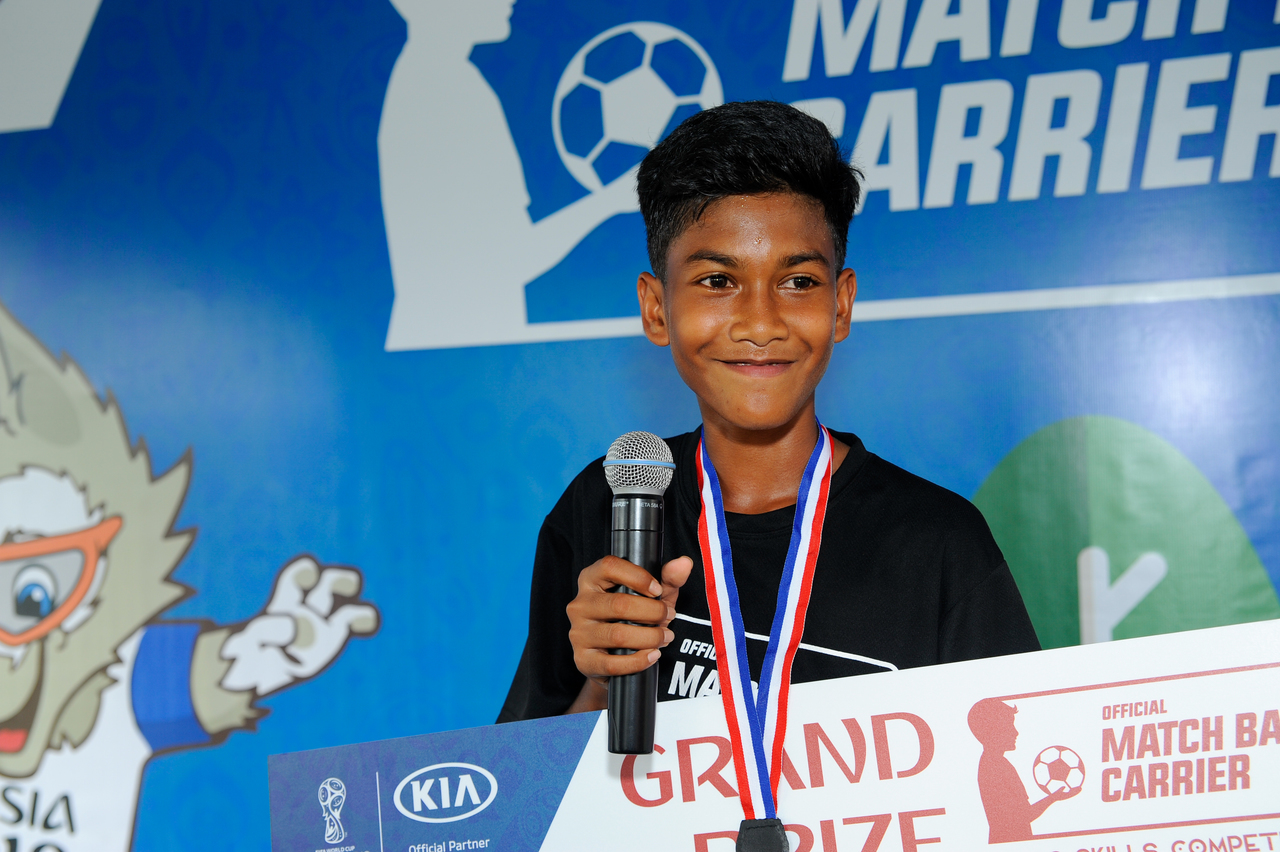 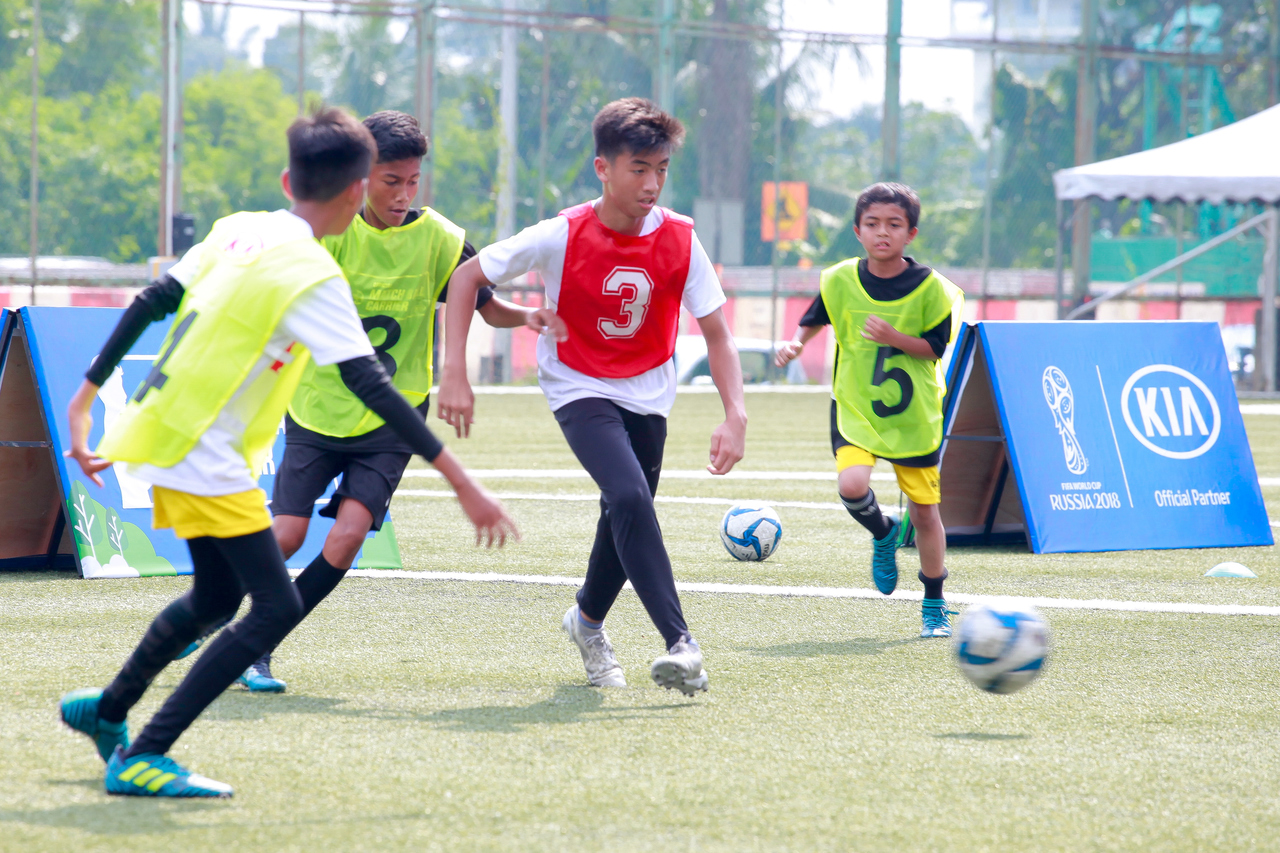 KUALA LUMPUR, 15 May, 2018 – As the proud Official Partner of FIFA World Cup 2018, Kia lent its support to aspiring young football players and fans to be a step closer to achieving their dreams through the Kia Champ Into The Arena futsal tournament and the Kia Official Match Ball Carrier competition in Malaysia which were held over two weekends.

Dato’ Samson Anand George, Group CEO, Automotive Group, Naza Corporation Holdings said, “Through these competitions, Kia seeks to build bonds with potential customers and fans of these events and give them a chance to connect with the brand in a more personal and meaningful manner by nurturing young football talent.”

The Malaysia leg of the Official Match Ball Carrier competition was held at the Kuala Lumpur Football Association (KLFA) on 22nd April 2018 for children from the age of 10 to 14. The competition saw 14-year-old Adam Riezman taking home the title of “Official Match Ball Carrier” to represent Malaysia as one of 64 children from all over the world who receive a once-in-a-lifetime opportunity to carry the match ball onto the pitch during FIFA World Cup 2018.

A Portugal supporter at the FIFA World Cup and an avid fan of Cristiano Ronaldo, Adam hopes to see his favourite team and player in action at the world event in Russia. “I am thankful to my parents for supporting my ambition and passion for football since I was 9. I can’t wait for this trip to Russia where I will get to meet football fans alike who share the same love for football. Thank you also to Naza Kia Malaysia for giving me this opportunity to represent Malaysia as their Kia Official Match Ball Carrier,” said Adam.

The Kia Official Match Ball Carrier competitions are held in countries worldwide in search of young football fans. The Malaysian leg of the competition saw more than 200 participants from every corner of Malaysia gathering at KLFA Sport Centre Kuala Lumpur to show off their abilities to vie for the coveted spot. Participants were tested on several areas such as agility, skill, attitude and teamwork in a nationwide tournament held at the Kuala Lumpur Football Association (KLFA).

About 170 teams who took part in the Kia ‘Champ into the Arena’ 2018 tournament went through a vigorous competition, where qualifying rounds were held from 31 March to 21 April 2018 in Peninsular Malaysia – namely Penang (Northern), Terengganu (East Coast), Johor (Southern) and Selangor (Central). Only top four successful teams from each region progressed to the Malaysians Grand Finals which took place at KLFA Sport Centre in Taman Melawati, Kuala Lumpur last Sunday.

Held on 29 April 2018, the ‘Champ Into The Arena’ futsal tournament aims to search for a talented futsal team that will represent Malaysia to compete on a world stage. This is the fourth time Naza Kia Malaysia organised this futsal tournament in conjunction with the FIFA World Cup and UEFA Euro 2018. The first was in 2010.

Team TOT United, from Kuala Lumpur emerged champion and earned the right to represent Malaysia in the international Kia Champ Into The Arena World Finals in Russia! The competition will run concurrently with FIFA World Cup 2018 from 15 June to 15 July in Russia.

“My team and I are ecstatic and proud to be representing Malaysia at the international Kia Champ Into the Arena World Finals in Russia! Our team was only formed during the qualifying round in Penang. To prepare for the final few matches, we had to undergo intensive training for a short period of time and I am so glad that the blood, sweat and tears we shed paid off,” said senior TOT United team member, Hazizi bin Mansor.

25-year-old Hazizi is no stranger to the international stage as his previous team also emerged as victors for the Malaysian Kia Champ In The Arena tournament in 2014 and represented Malaysia that year in Brazil.

Kia Champ Into The Arena is more than just a futsal tournament as it is a way of Naza Kia Malaysia giving back to the public and customers for their loyalty and support. Apart from the futsal tournament, there were a variety of activities such as an exhibition match and a photo booth station, and the chance to test drive and have a feel of the Kia’s product line-up that were on display.