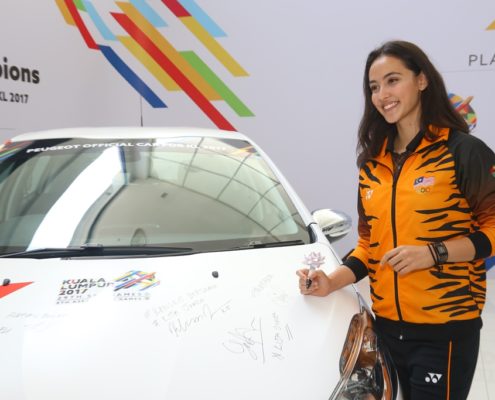 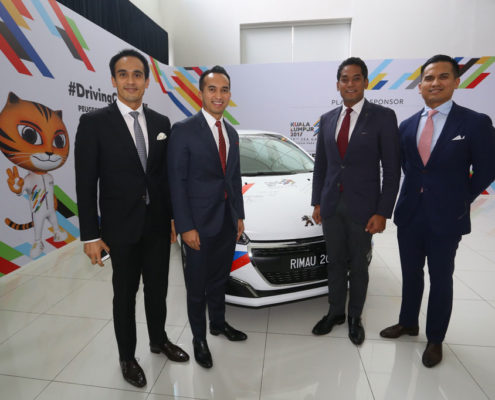 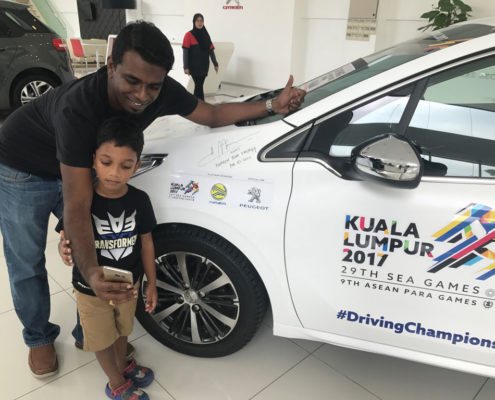 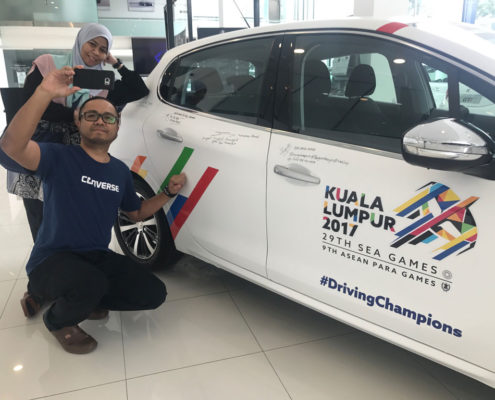 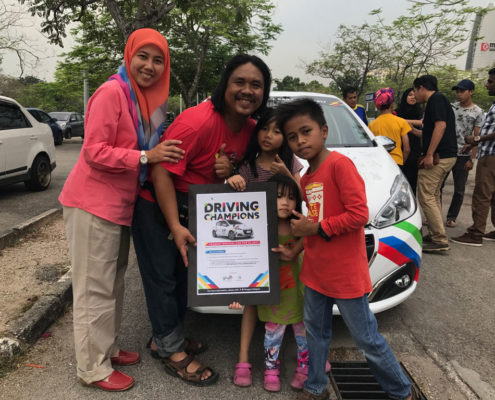 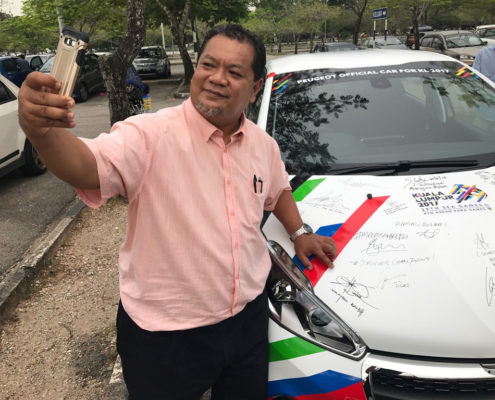 Kuala Lumpur, 5th July 2017 Naza and Peugeot have begun its efforts to build the support of the nation to our Malaysian contingent and drive Malaysian fans to the stadiums for the 29th SEA Games by launching two social media contests, organised by Naza Corporation Holdings and Peugeot Malaysia.

The newly launched Peugeot pledge car has begun to make its mark as a mobile bulletin board to call the nation to pledge their support with inspirational messages for Malaysian athletes competing at the KL 2017.

Launched to a glittering ceremony by Nasim Sdn Bhd, a member of the Naza Corporation Holdings Sdn Bhd on May 25, the Peugeot 208 that is used as the pledge car will be touring across the country to draw the public to support our athletes.

It is also offering Malaysians the chance to win 100 complimentary tickets to witness the opening ceremony of the 29th SEA Games on 19 August 2017 at Bukit Jalil.

Amongst the first signatures on the car was by our very own Minister of Youth and Sports himself, YB Khairy Jamaluddin.

The steps to win the Peugeot Malaysia opening ceremony tickets are fairly simple.

All interested fans have to do is to locate the pledge car at any of the 12 locations nationwide, sign their name with an inspirational message for our athletes, take a selfie of that message with the pledge car and post it online with the hashtag #PeugeotMalaysia #DrivingChampions and #NazaCorp.

The Peugeot 208 pledge car has already been warmly received in its first two locations at the Peugeot Showroom in Shah Alam and also the Shah Alam Ramadhan Bazaar.

Naza Corporation Holdings, via its #ChampionSpirit contest will also be giving 80 lucky winners a chance to win a pair of tickets to the SEA Games opening ceremony by posting the most creative memes.

All interested contestants have to do is upload their photo on our social media platform and with their own creativity, create their memes to invite Malaysians to watch and support the SEA Games. Contestants would then need to post their memes in the contest’s comment section of the Naza Corporation Holdings Facebook page or Instagram page with the hashtag #ChampionSpirit and #Naza