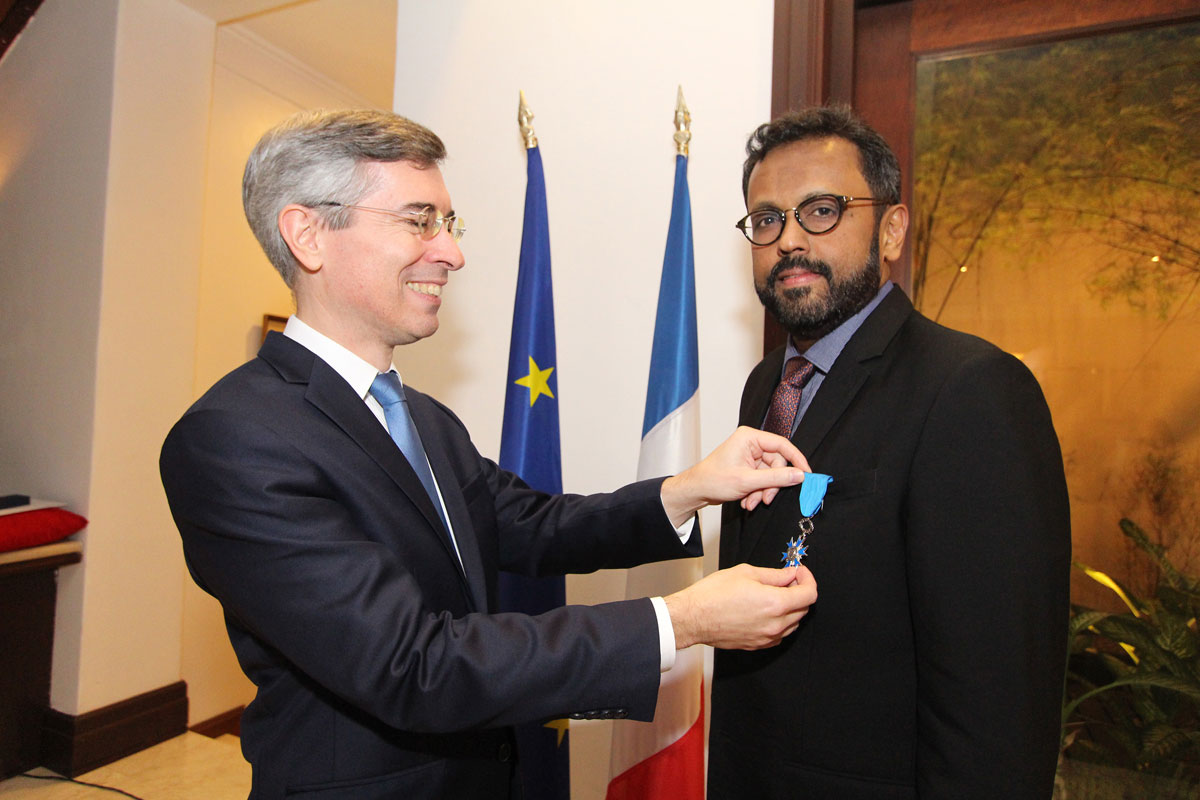 A French order established by Napoléon Bonaparte in 1802 and restored by decree in 1963 by President Charles de Gaulle, l’Ordre National du Mérite (the National Order of Merit) is awarded by the President of the French Republic and seeks to reward distinguished men and women for their civil or military achievements.

Dato’ Samson said of the award, “I am truly humbled and honoured to be conferred the Ordre National du Mérite, a recognition by the government of the French Republic. Our association with France began with the Peugeot 206 CKD project in 2006 and this partnership has since culminated in a Joint Venture that both NAZA Group and Groupe PSA have forged to make Naza Automotive Manufacturing (NAM) in Gurun, Kedah its ASEAN manufacturing hub.”

“We look forward to enhancing business opportunities and greater collaboration with French companies in the automotive industry,” he added.