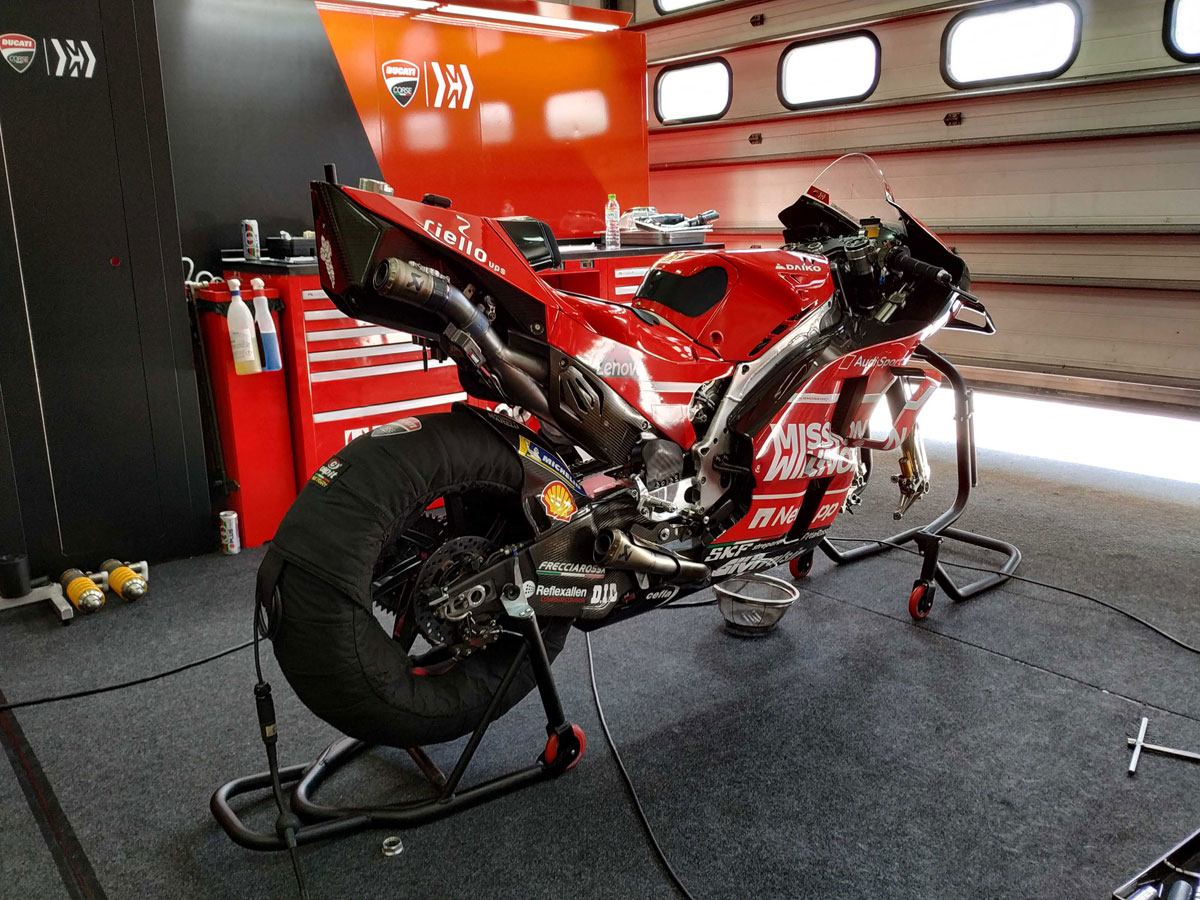 Starstruck as they shook the hands of their racing heroes, fans gave their best wishes to the riders in hopes for them to bring home victory at the World Championship. Especially lucky fans were also selected at random for an exclusive autograph session with the riders and the rest of the Mission Winnow Ducati Team.

Completing Mission Winnow Ducati experience, fans were given the privilege to visit the team’s pit garage to meet the rest of the team and take a glimpse of the captivating brand-new Desmosedici GP19 bikes that will be used by both Dovizioso and Petrucci during the actual races.

With the tests running throughout the day, loud cheers echoed from the grandstands of the Sepang International Circuit as fans gathered to watch both riders in action on their Desmosedici GP19 bikes around the race circuit. Ducati fans were also given a pleasant surprise as they viewed the accessorised Ducati Panigale V4 on display up close.

The tests started on 6th February with positive results as new member Petrucci finished in fifth place in the standings – with a personal best of 2:00.051, posted in lap 8 of 54. Dovizioso finished just 0.146 seconds behind his teammate in 2:00.197 with 49 laps to his tally.

On the second day of the tests, Dovizioso and Petrucci clocked 60 and 65 laps respectively in hot weather conditions, including two “long runs” apiece to cover the race distance in the hottest time of the day. Dovizioso ended the day in fourth position with a personal best of 1:59.562, more than half a second faster than his personal best the day before. Petrucci also showed improvements with a new personal record of 1:59.845; two tenths of a second faster than his previous record and just 0.283 seconds behind his teammate.

Both Dovizioso and Petrucci beat their own personal records on the final day of the tests with Petrucci finishing in first place while Dovizioso at third. Petrucci’s new personal record now stands at 1:58.239 and Dovizioso’s, almost half a second behind his teammate at 1:58.538.

The 2019 MotoGP World Championship season is about to begin with the first 19 races scheduled for 10th March in Qatar. All eyes are on the Mission Winnow Ducati team as both riders are Italian, with veteran Dovizioso on the team since 2013. The promotion of Petrucci from the Alma Pramac Racing Factory team to the main works team also marks a promising beginning to an exciting new season.