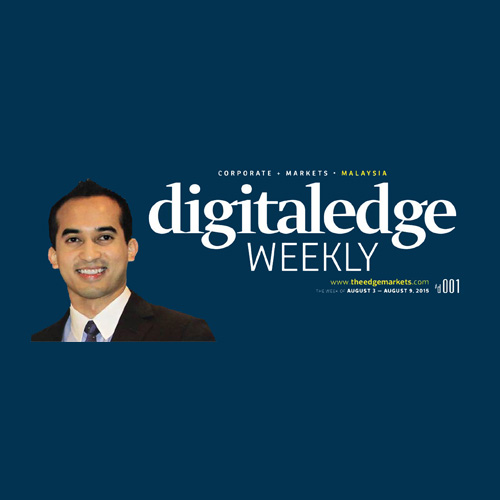 The Naza group, which turns 40 this year, has been largely known as an automotive outfit, although over the past 10 years, it has also built a reputation as a property developer.

To put things into perspective, its property arm Naza TTDI has projects with an estimated gross development value of RM30 billion, which is large by any standard, while its automotive unit distributes the likes of Kia, Peugeot, Citroen and Chevrolet and has a thriving used-luxury vehicle business in Malaysia.

However, two new businesses could change the group’s profile significantly and give its earnings a boost. They are Naza Engineering and Construction Sdn Bhd (NEC), which, as its name suggests, is a construction company, and Premium Radius Sdn Bhd, which is involved in the R&D of telecommunications engineering solutions.

NEC is one of three shortlisted companies for the role of project delivery partner (PDP) in the RM9 billion LRT 3 project and is neck and neck with a joint venture between George Kent (M) Bhd and Malaysian Resources Corp Bhd and a standalone bid by Sunway Construction Group Bhd.

Meanwhile, Premium Radius, which is being rebranded, is bidding for about RM1 billion worth of work from the Malaysian Communications and Multimedia Commission (MCMC) for Phase 2 of the Universal Service Provision-TIME 3 extension. In this phase, towers, infrastructure, equipment and electronics related to public cellular service will be installed under the radio access network sharing technology across the country.

“We were too dependent on old businesses, automotive and property development,” explains S M Nasarudin S M Nasimuddin, joint group executive chairman of the Naza group, in an exclusive interview with digitalEdge Weekly.

While most pundits believe the George Kent-MRCB joint venture will bag the PDP job for LRT 3, Naza – in partnership with CSR Zhuzhou Electric Locomotive Co Ltd on a 70:30 basis – has made quite an impression in its maiden attempt at a large-scale construction project.

“We have been shortlisted with the big player; for us to be shortlisted, our documentation must be pretty good. Even if we lose the PDP job, there are individual packages that we can bid for,” Nasarudin points out.

Working in NEC-CSR Zhuzhou’s favour is that it has offered a financing package for LRT 3. While details of the package are scarce, rail construction players say the funding from the Chinese party is likely to save the government RM2 billion because the interest rate is as low as 3%. In comparison, a bond issue could have a coupon rate in excess of 4.3%.

Nasarudin says NEC is also aggressively bidding for jobs in the RM40 billion MRT 2 project. The outfit has put in tenders for all the packages, partnering Chinese giant Sinohydro for the RM12 billion tunneling job and Japan’s Tekken Corp for the rail work, and on its own for the viaducts and stations.

At present, NEC’s order book stands at RM800 million with 70% of the jobs having been passed on by Naza TTDI.

Considering the company is bidding for all the MRT 2 packages, its tender book is in excess of RM40 billion.

While there is no hit rate for NEC as yet, Nasarudin, 32, has an internal target of winning at least RM1 billion of jobs next year. NEC does not contribute significantly to NAZA TTDI at present.

In its financial year ended Dec 31, 2013, Naza TTDI posted an after-tax profit of RM94.2 million on revenue of almost RM1.4 billion. Its current assets stood at RM1.3 billion and its non-current assets at slightly more than RM1 billion. Long-term debt commitments were at RM936.8 million, short-term borrowings at RM692.2 million and reserves at RM485.2 million.

NEC may be a new player in the construction industry but Premium Radius has already been awarded a seven-year concession to put up small cell towers on strip poles in southern Kedah in partnership with state agencies. “We’ve been doing this for two years,” says Nasarudin, adding that he is confident of securing portions of the RM1 billion MCMC jobs that are up for grabs.

However, checks on the Companies Commission of Malaysia’s website did not reveal how profitable Premium Radius is as the information has yet to updated.

The Naza group is often referred to as the largest privately owned conglomerate in Malaysia. While there was a plan to list the property arm as Naza TTDI Holdings Bhd, this did not materialize. “We explored it but the timing was not right,” comments Nasarudin. “But we could look at it in the future.”

If the two new businesses bear fruit, the group would be on an upward trajectory led by Nasarudin and his brother Faliq. The duo took up the reins of the company after their father, Tan Sri S M Nasimuddin S M Amin, died in May 2008.

‘We have the expertise and financial backing’ Nasarudin: Even though we are a late bloomer, we are ranked with the big players, which is something we are proud of

The Naza group is among the more prominent conglomerates in Malaysia with a strong presence in the automotive and property development sectors. However, with the former industry seeing compressed margins and the latter facing stiff competition, the heirs of the group’s founder, the late Tan Sri S M Nasimuddin S M Amin, have ventured into new territory. In an exclusive interview with digitalEdge Weekly¸joint group executive chairman S M Nasarudin S M Nasimuddin talks about his plas for the group.

digitalEdge Weekly: You have been shortlisted for the role of project delivery partner (PDP) for the RM9 billion LRT 3 project, which surprised many. Do you have any rail expertise?
S M Nasarudin S M Nasimuddin: We have people who are very experienced. We are good, we have the manpower in-house. And in areas where we have little expertise, we work with a more experienced party, making it a win-win situation for both parties.

And you are offering financing?
Yes, it is one of our selling points. We are quite confident, actually.

You have bid for RM40 billion worth of work. Do you have a hit rate or anything like that?
It’s too early to have a hit rate; for some of the jobs, we have just submitted our pre-qualification bid. But how it works is that we are bidding for LRT 3 PDP, failing which we will bid for the packages in LRT 3. We are also putting in a bid for MRT 2. So, to name a figure for our hit rate is not easy.

Many people are looking at exiting construction but you are venturing into it…
You are right. It’s just that there are so many jobs in the market. It would be a mistake not to participate. We have the expertise, we have the financial backing… there will be about RM80 billion worth of infrastructure jobs in the country in the next five years, so even if you hit 10% or even 5%, it’s huge.

What are your margins in construction like?
About 15% on average but it depends on the tender – for some, you have to go super-low.

What about your new telecommunications engineering business? How is it faring?
Two years ago, people were asking to build telecoms towers on our landbank. And at our Naza buildings, they wanted to put in fibre. So, we studied these businesses to better understand the proposals; we saw huge potential in these businesses and we are doing pretty well.