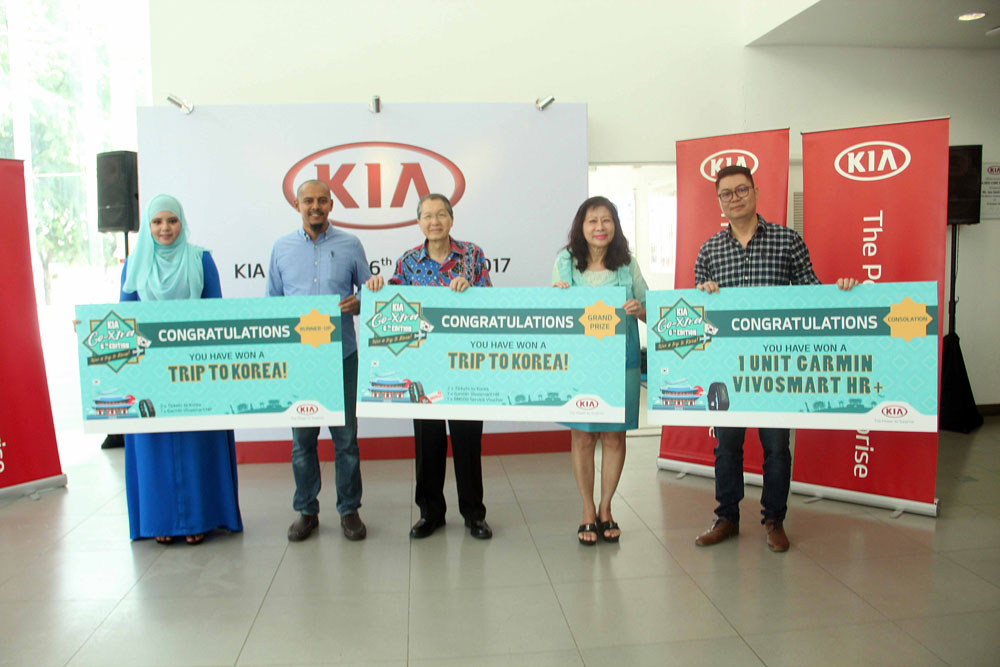 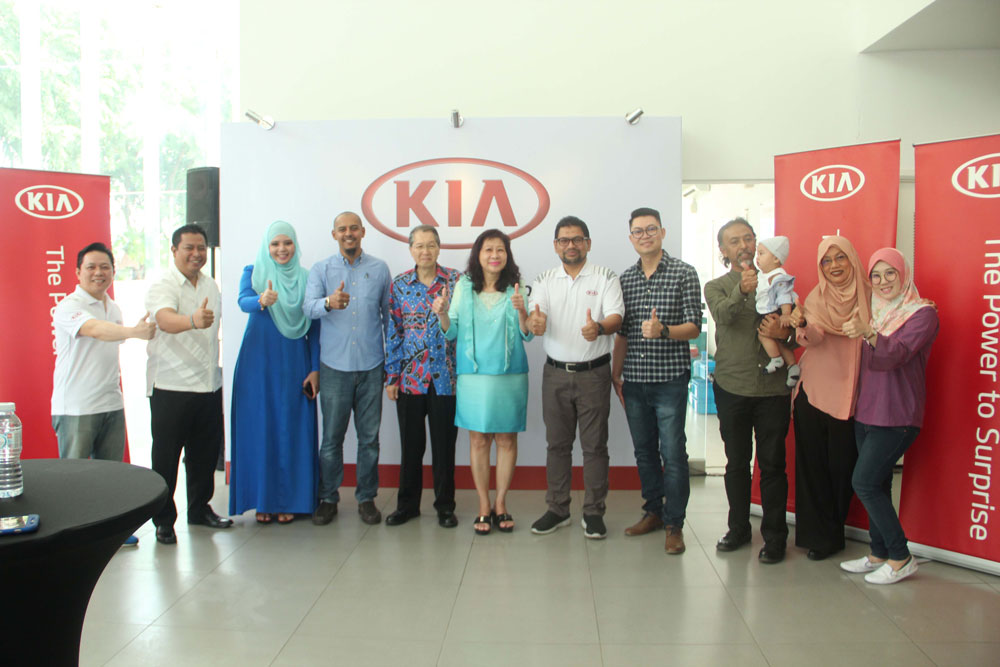 KUALA LUMPUR, 22 August, 2017 – NAZA KIA MALAYSIA, the official distributor of KIA vehicles in Malaysia, has awarded the winners of their annual Kia customer loyalty program – the Kia Go-Xtra 6th Edition 2017. One grand prize, one second prize and five consolation prizes were awarded to the winners of the Kia Go-Xtra 6th Edition 2017 campaign at a special prize-giving ceremony at Red Cube, Rawang, Selangor.

“The Kia Go-Xtra campaign was first conceived in 2012 to reward our loyal customers for their fervent support towards the Kia brand all these years. The campaign gives us the opportunity to reward a few lucky winners to explore the rich culture of Korea through the heart of its capital city, Seoul. These winners will also have a chance to tour Kia’s impressive manufacturing plant and world-class R&D centre. Meticulous research and engineering are implemented and perfected in these facilities to produce among the world’s best vehicles in terms of design, performance and safety which is what the winners will have the privilege to witness first-hand,” said Norazmi Md Taib, Head of After Sales Division, Naza Kia Malaysia Sdn Bhd.

Five other consolation prizes consisting of a unit of Garmin Vivosmart HR+ smartwatch worth RM848 were given out. These consolation prizes were awarded to Lee Kian Aik, Mohd Zahari Bin Rupiat, Oon Chooi Huat, Simon Siew and Wong Loo Xuan.

To participate in the Kia Go-Xtra 2017 campaign, customers who serviced their Kia vehicles at authorised service centres over the period from 1st June to 31st July 2017 were eligible to submit an entry and vie for the grand prize. During the campaign period, customers enjoyed a 30% discount for Brake Pads and Selected service items and another 10% discount on air conditioner service, valid for all Kia models.

This is the sixth consecutive year Naza Kia Malaysia has held the Kia Go-Xtra campaign to reward their existing customers for their continuous support. In previous years of the campaign, the grand prize winners were also given the lifetime experience to visit Seoul, Korea on all-expense paid trips.

Naza Kia Malaysia is the official distributor of Kia vehicles in Malaysia. Among the accolades received by Kia globally: