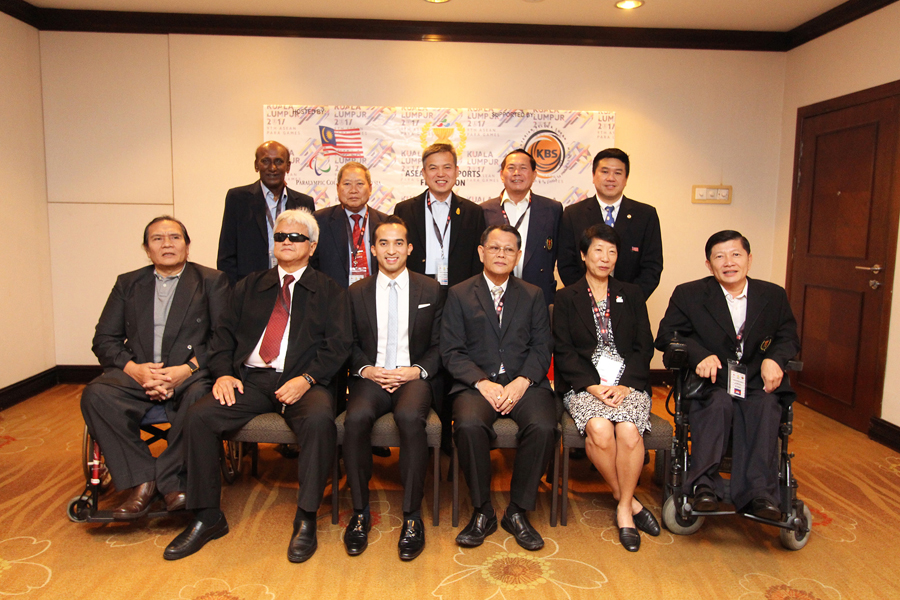 Delegates from nine ASEAN countries except Brunei attended the meeting where the main objective was to agree on the proposed sports and events for the 9th ASEAN Para Games 2017 which will be held in August 2017 in Kuala Lumpur and Pulau Langkawi. All 10 ASEAN countries and Timor Leste will participate in these games.

“The games represent the best platform for Malaysian athletes to achieve their greatest potential and showcase Paralympic medal-winning performances. As Malaysia hosts the ASEAN Para Games for the third time next year, we are prepared to take the management of the games to greater heights and provide the appropriate support systems for our athletes to participate in an environment that brings out their best,” said SM Nasaruddin SM Nasimuddin, who is also Naza Group of Companies Joint Group Executive Chairman and Group Chief Executive Officer.

A total of 16 sports was proposed and agreed by the Board of Governors. The 16 sports to be held are aquatic swimming, archery, athletics, badminton, wheelchair basketball, boccia, cycling road (tendem), cycling track, football 7 – a side, football 5 – a side, goalball, sailing, table tennis, tenpin bowling, wheelchair tennis, volleyball sitting, powerlifting. There will be 387 events offering 387 gold medals for these 16 sports.

The other main objective was for the Board of Governors to adopt the proposal by the Malaysian Government for the ASEAN Para Sports 2017 and South East Asian Games or Sea Games 2017 to be held concurrently.

The proposal recommends a common opening ceremony and closing ceremony for both games. This means both games will be held concurrently during this period. Some of the sports events will take place concurrently at the same venue while other sports events will be subjected to programming so as not to clash with each other. Also, some sports will be held at different venues that are Para sports friendly.

This proposal by the ASEAN Para Sports Federation Board of Governors now awaits the final approval of the Malaysian Government after the South East Asian Games Federation holds their final meeting in July.

The initiative will be a major effort taken by the Malaysian Government to promote unity and equality through sports. Apart from huge cost savings, such an initiative will elevate Para Sports to a higher level befitting the aspirations of various national athletes as they are accorded the status of national Para athlete.