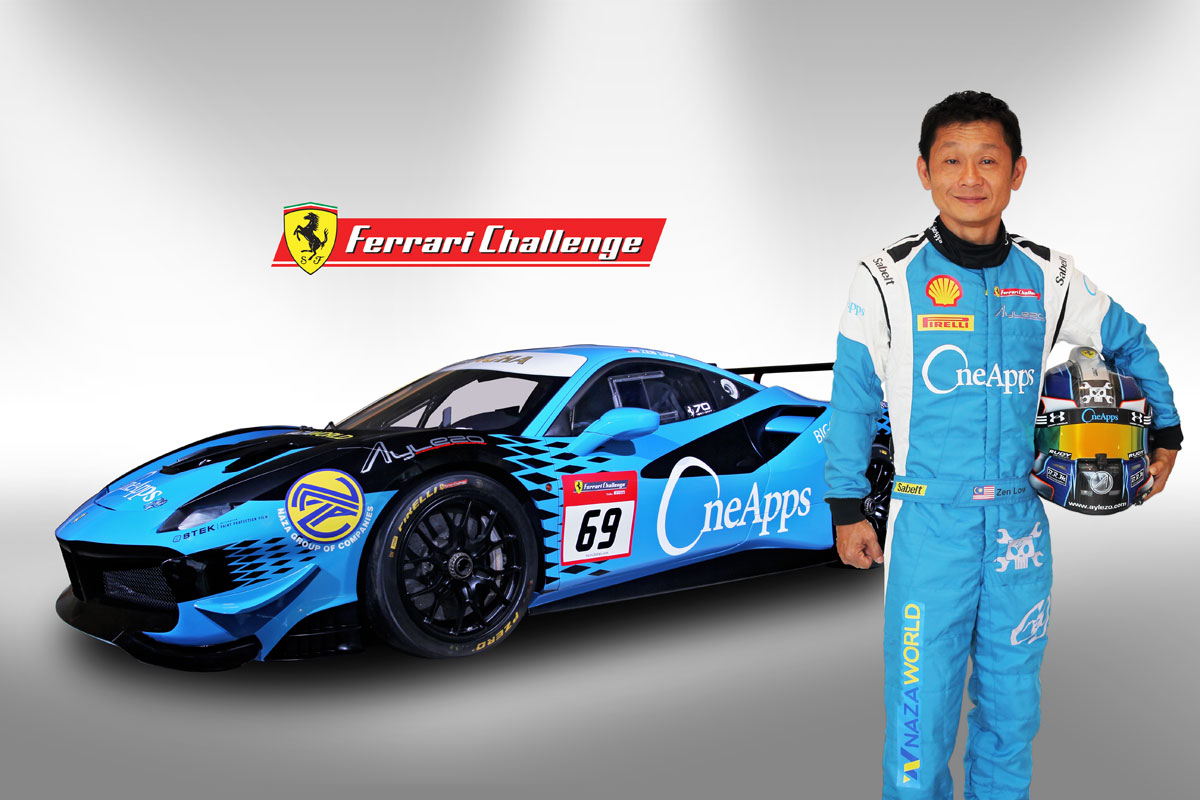 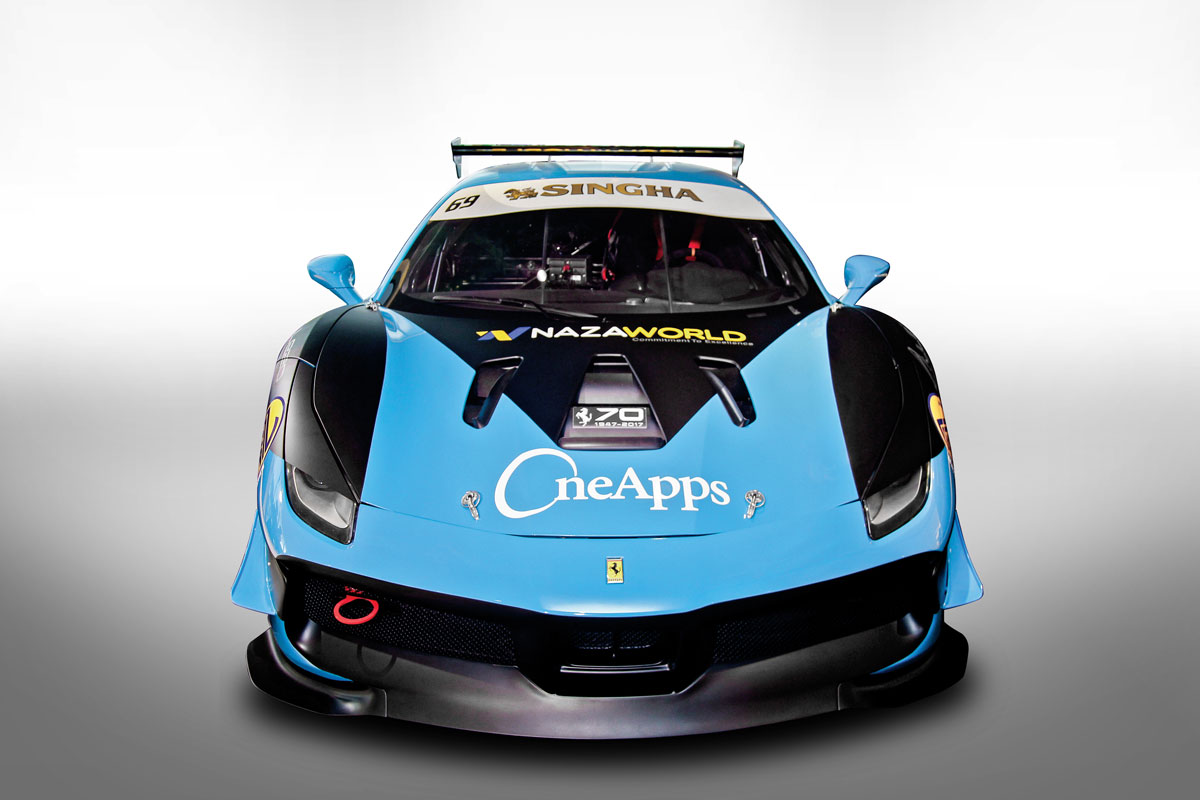 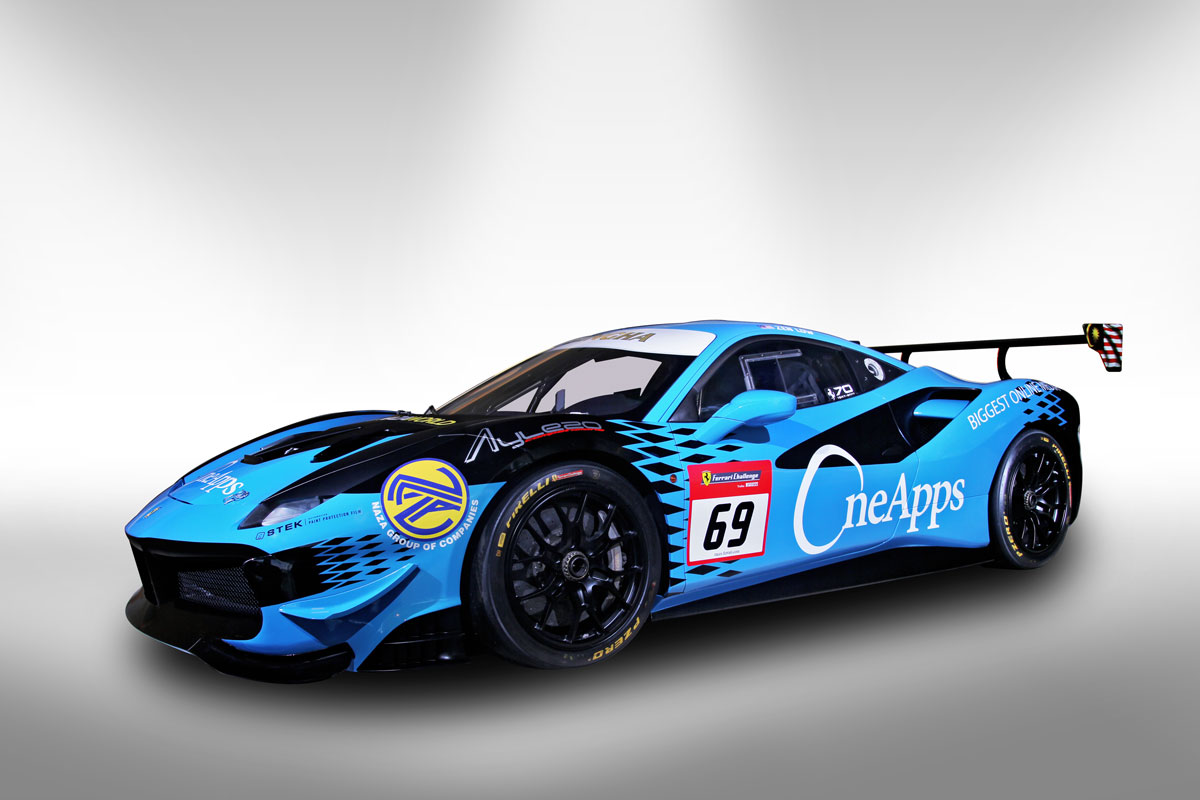 Kuala Lumpur, 22 March 2018 – Seasoned race car driver, Zen Low, is geared up to improve on his 2017 third-place finish for the coming 2018 Ferrari Challenge Trofeo Pirelli APAC season. Malaysia’s first driver to compete at the wheel of the 488 Challenge in the one-make series was re-appointed to race for team OneApps NAZA Aylezo this year. Brimming with confidence, he is all set for the 2018 Series, which kicks off in Melbourne over the weekend of March 22-25.

Zen Low made his stellar debut last year, doing Malaysia proud with eight podium finishes out of a total of 13 races. His performance earned him a total of 163 points and an impressive third place overall in the top tier Trofeo Pirelli category.

Remarking on Zen’s return in the new season, Datuk Wira SM Faisal Tan Sri SM Nasimuddin, NAZA World Group Executive Chairman, said, “It was such a thrill to see Zen Low do so well in his first season. With his wealth of experience and devotion to his craft, he is certainly one of Malaysia’s top drivers and we have much to look forward to as we support him in the coming season.”

“After getting a taste of the competition and gaining experience in last year’s season, I’m even more motivated this time round. Passion, strength and determination form the recipe for success and I’m ready to top that podium,” said Zen Low.

Zen Low is racing for the entire 2018 season and is once again competing in the Trofeo Pirelli category under the race number of 69 and team name OneApps NAZA Aylezo. Zen has an established career as one of the most passionate and successful race drivers in Asia. An adroit businessman with a keen interest and natural talent for racing, he founded Aylezo Motorsport in 2009. Over the years, Zen has participated in multiple motorsport events both locally and regionally, including competitions such as the Merdeka Millenium Endurance Race (2009 & 2010), the Gulf 12 Hours 2012, Asian Le Mans Series (2013 & 2016), Lamborghini Blancpain Super Trofeo (2013, 2014 & 2016), GT Asia 2015, Sepang 12 Hours (2015 & 2016) and Bathurst 12 Hours 2017.

Ferrari Challenge was established as a one-make series in 1993, bringing together complete track novices and drivers with prior competition experience. The series spans three regions: North America, Europe and Asia-Pacific. The Ferrari Challenge uses a multi-class format; drivers are grouped under Trofeo Pirelli, Coppa Shell, Coppa Shell AM, Ladies’ Cup and Gentlemen’s Cup. Events are FIA approved, ensuring an exceptionally high standard of organization and safety for all involved.

More exciting information about Ferrari Malaysia may be obtained at http://www.facebook.com/ferrarimalaysia.nazaitalia. Follow @ferrari.malaysia on Instagram for the latest updates and offerings of Ferrari and NAZA Italia.